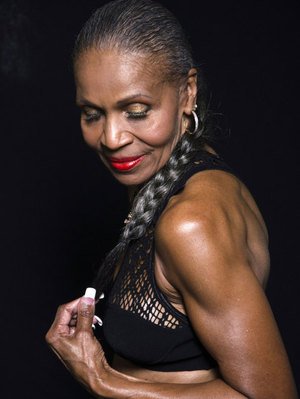 “You’re not getting old; you’re getting ready.” 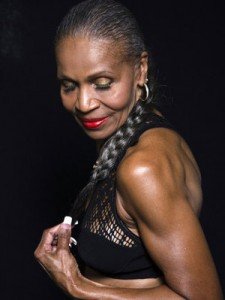 According to the CDC (Centers for Disease Control and Prevention), the average life expectancy globally now stands at 75 years for women and 70 for men.

Based on OECD data, women continue to outlive men. In the U.S. male life expectancy is 76.1, and female life expectancy is 81.1 years, albeit Covid may skew this data (or represent an outlier). Life expectancy varies according to race and ethnicity. It is highest for Asians (86.5), for both males and females, and lowest for African Americans (74.6) than for whites (78.9), Native American Indians (76.9), or Hispanics (82.8).

However, do not plug those numbers into a retirement calculator! It is a mistake to assume that the average 78.6 years (up by 8.7 years since 1960) is YOUR life expectancy. Chances are, you will live much longer than you think you will, as we will explain.

Statistics from the U.S. Census Bureau reveal that the 85-and over age group is the fastest-growing age group in America:

What do these numbers indicate? One of the reasons that the over-85 crowd is becoming a much larger crowd is this: The longer you have already lived, the longer you can expect to live!

Life expectancy figures include those who die from all reasons and at all ages—whether young or old, by accident, illness, or natural causes. The U.S. actually ranked 43rd globally for life expectancy with underlying reasons including child mortality, high obesity rates, and lack of universal health care.

So a life expectancy of 78.6 years from birth includes everybody—those who pass away in their childhood or youth. And if you are reading this at age 40, 50, or 60, your life expectancy is already longer.

Furthermore, a 97-year-old non-smoking woman, according to the AAA source above, can be expected to live to 100! And if she lives until 101—then the odds are that she will live to 103! Hence, diet, exercise, reducing stress factors, and maintaining optimal health are important.

Longevity: The Reasons and the Challenges

The reasons for our increasing longevity include:

Of course, increased life expectancy can bring challenges as well. This is discussed in financial circles as more of a “risk factor” than a blessing. Longevity combined with inflation is a recipe for disaster for seniors who have not saved enough or quit working too early.

For every Social Security beneficiary, there are approximately 2.8 workers. By 2035, that will change to 2.3 workers for each beneficiary. Unfortunately, 48% of U.S workers have no private pension coverage, while only 68% have savings set aside for retirement.

We believe that living longer presents tremendous opportunities along with challenges. When you seek out financial advising help, it might include personal finance advice and help with life insurance. However, knowing how long you might live can help you estimate how much money you need to save to enjoy a comfortable lifestyle. We recommend the Life Expectancy Calculator at Living to 100 for anyone who wants to calculate their life expectancy. (Chances are, you will be surprised that it is longer than you thought.)

Developed by Thomas Perls, M.D., founder of the New England Centenarian Study, Living to 100’s calculator combines actuarial math with a survey that asks about family history, personal background, stress level, health habits, marital status, and more. As a result, not only are the results more reliable, the website also offers suggestions on how to increase YOUR longevity! (It told me to eat fewer sweets and increase my exercise.)

Exercise, decreasing stress, healthy eating, a positive attitude, and social support can positively impact your health and longevity. Just ask Ernestine Shepherd, the inspirational and determined 85-year-old who holds the world record as the oldest female competitive bodybuilder. She teaches a formula of “health, happiness, and prosperity.”

Inspired to start exercising in her mid-50’s by her sister, Ernestine did not begin seriously training or competing as a bodybuilder until age 71. She is now a personal trainer who leads popular exercise classes, blogs, and radio shows, runs every morning, trains with a former Mr. Universe, and has been featured in documentaries by the BBC and Prevention.com. She is also up at 3 a.m. every day to work out like her Rocky Balboa (Sylvester Stallone), one of her idols. For Ernestine, “being out of shape” is an option that anyone can change, and it is never too late to start.

Is It Time to Re-Think Retirement?

Is it time for you to break free from a retirement strategy that does not adequately address the longer, more active life you desire? Contact us to schedule an appointment with Kim Butler or one of our associates to see how you can save, grow, and use your money in safer, more flexible, and tax-advantaged ways.