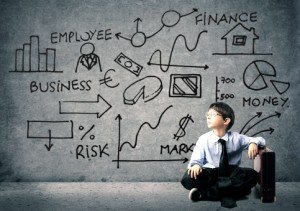 Why Going Against the Grain Is the Path to Prosperity

“Follow your arrow wherever it points.”
– Kasey Mugraves, singer-songwriter

Today’s blog post comes to us from Tammi Brannan of InstictiveLife.com. Tammi is Kim’s sister and a trusted coach for some of our clients.

Going Against the Grain

I want you to imagine your 10-year-old self. Did you go against the grain? If you did, you were going against the rules of your parents or the advice of a friend. Even as a kid, going against the grain could label you an outcast or land you in detention as a rule breaker. We learn early on to not fight the system if we want to get ahead, get friends and escape the “long arm” of authority.

It’s the carrot and stick method of socializing young minds to the rules of our society. However, it carries with it a big price. As we conform to the rules around us, whether on the playground, the classroom or the work world, we lose our natural selves and begin ignoring our instincts. And yet, these two things are the keys to our personal success and prosperity!

Question: Do you remember one thing you did as a kid that was consistently shut down? How does that characteristic show up in your adulthood, or are you still suppressing it for others?

Watch Out for the Quiet Types!

As a child, Michael Burry (written about by Michael Lewis and portrayed by Christian Bale in The Big Short) classified his natural self as an “outsider.” With his glass eye, anti-social tendencies and passion for numerical research, he never felt like he fit in. Burry went against the grain and eventually chose a different path than the one cultivated for him by his parents and professors. Yet this “outsider” nature led him to achieve what he calls “the most freeing thing” he’s ever experienced as an adult – achieving great success working for himself, investing his own money as he wishes.

It was a long road from his outsider days as a kid, a road filled with wrong turns, risks and the dissatisfaction of some very powerful people. But to his credit, his path against the grain led him to great personal satisfaction and some very large payoffs.

Question: Have you ever “played it safe”? If so, how did that decision affect your life?

In the 2nd grade, Michael showed an aspect of his true nature by researching stocks! Do you know a 2nd grader interested in the stock market?! As Michael grew old enough to choose a career, he reluctantly heeded his father’s advice to stay away from the stock market, choosing to pursue medical school instead. But he couldn’t stay away from his love of research and investing! Feeling compelled to go against the grain of both his father’s advice and his need for a good night’s sleep, Michael began writing a value investing blog in the wee hours of the morning. 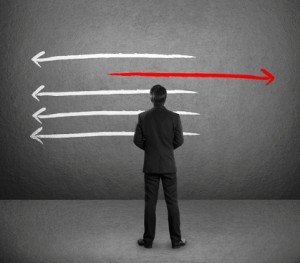 Question: What do you feel compelled to do so much that you’re willing to go against the advice of well-meaning family and friends?

Even in the investing world, Michael Burry went against the grain. It was the middle of the dot.com bubble, and tech stocks were king. His colleagues and teachers at the hospital were buying up all of the latest over-hyped companies, while Dr. Burry was searching out the unheard of underdogs of the market. Despite a grueling schedule as a medical student in residency, soon Burry attracted the attention of professional fund managers who could not come close to his results.

Instead of satiating Michael’s desire to be involved in the stock market, his investing blog only fanned the flames. At the age of 29, he quit his medical residency to start his own investment fund. It wasn’t the first or last stand Michael would take against the grain. He continued to do things others would shudder at. When he received a small inheritance after his father’s death, instead of paying down his student loans, he moved back in with his mom and invested what he could in undervalued stocks! 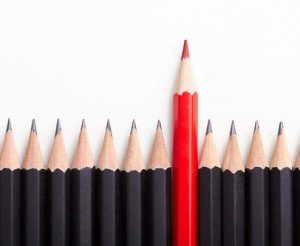 These sacrifices netted him positive results. Soon he founded Scion Capital and found himself being handed millions of dollars to invest for firms and individuals who had followed his blog.

Remember him researching stocks as a 2nd grader? Michael discovered later that he has Asperger’s Syndrome, which is a mild form of Autism. In an interview he did for Bloomberg TV, it was noted that even Asperger’s had an upside for Michael: it allowed him to focus singularly on a topic. This focus, along with his passion for stocks, allows him to research for hours on end.

Question: Have you ever considered how your “liabilities” could be transformed into assets, as was Michael’s Asperger’s Syndrome?

Michael read the signs of the impending housing crisis, changed his investment strategy, and (much to the dismay of many of his investors) held his course. Shorting the housing market was an unheard of move, but by 2008, the investors who had stuck with him since 2000 had earned an unbelievable 472%.

It wasn’t all roses though. Many of his own investors were angry or uncomfortable with Burry’s big contrarian bet. As Scion’s profits rose and fell, many investors hounded him endlessly with questions regarding his tactics and his intelligence. He developed a bleeding ulcer, and the Federal Reserve Chairman publicly labeled his success nothing more than beginner’s luck – “a statistical anomaly.” Such is the outcome of going against the grain.

Yet for his willingness to pursue his own path, Michael Burry netted confidence, freedom and a sum of money that ensures his right to do what he loves for the rest of his life. He still loves to research and trade, but he does it on his own terms now.

Question: What risks are you willing to take to discover your most satisfying life and work? 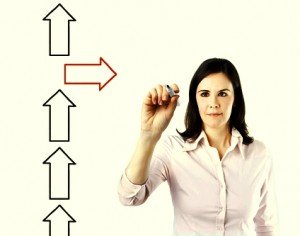 My dear sister, Kim D. H. Butler of Partners for Prosperity, is another success story of someone who has gone against the grain. Abandoning “typical financial planning,” Kim developed her own financial philosophy – one that avoids big bets and ulcers. Kim is leading the way, focusing on safe and sustainable investment strategies that profit regardless of the markets!

Kim goes against the grain by living on a farm, writing books that “bust” popular financial myths, and starting a non-profit (the Prosperity Economics Movement) to help both investors and advisors go against the grain of Wall Street thinking.

One of Kim’s mentors, Peter Diamandis, is also a shining example of someone who found his greatest success going against the grain! Like Michael Burry, Diamandis went to med school while his passions lay elsewhere. He started three companies before he acquired his doctorate in medicine. After graduation, he abandoned medicine and dedicated himself to entrepreneurial pursuits and space travel – his passion since he was 8 years old!

What have you always wanted to do? 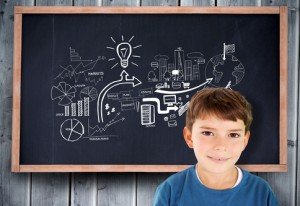 By the 1980’s, public interest and government funding had withered for space travel, but that didn’t deter Peter. He dedicated himself to reviving the industry, starting or co-founding half a dozen businesses and foundations to jump-start a new generation of space flights. Notably, the X PRIZE incentivized 26 teams to compete for a breakthrough in civilian space travel. The result? SpaceShipOne became the first non-governmental piloted spacecraft in 2004.

(Speaking of Peter Diamandis, we have a special gift for you next week… a complimentary “ticket” to a brand new documentary film called Visioneer: The Peter Diamandis Story, which chronicles how he helped to revive the space industry!)

If You Could Do Anything….

How many times have you stopped yourself from pursuing your dreams merely because it “went against the grain” of conventional wisdom?

How many times have you stopped yourself from pursuing your dreams because you felt you didn’t have what it took, or were unwilling to make sacrifices and take risks? Did the longing to do “something more” with your life ever go away?

Your first step towards “something more” for your life could be as easy as a phone call. I help people discover lives and careers that are more true to them, that bring them greater satisfaction and, sometimes, more prosperity, too!

I have a free “Right Fit Visit” that will take just one hour, during which I can help you prove or disprove the validity of your dreams. I’ll help you determine whether or not they’re worth the risk and potential sacrifice. Schedule your Right Fit Visit today at InstinctiveLife.com/right-fit-visits/

Tammi Brannan is the founder of Instinctive Life. We are grateful to have her wisdom on our blog from time to time.