How to Win the Race: Lessons from a Rule-Breaker 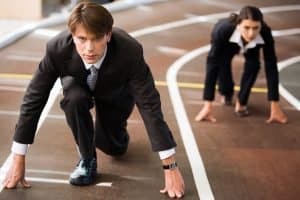 Many people start the year with what looks like great progress. They make resolutions to swear off sugar, alcohol, and other vices. Salespeople vowing to double their commissions work longer hours with more enthusiasm. Gyms are full of exercisers eager to drop pounds.

However, studies cited in a recent Forbes article confirm: four out of five people will abandon their New Year’s resolutions before the year is over—one third before January is even done. By mid-February, the crowds at the gym are gone and the salesmen are back to happy hour drinks at 5pm.

In life and in your portfolio—it doesn’t matter how you start or how fast you go. What matters is consistency and perseverance. Can you keep going when challenges arise? Will your assets keep growing when the market sputters? Can you finish a marathon—then keep going?

Cliff Young. Attribution: Vasilijem113-12 [GFDL or CC BY 3.0, from Wikimedia Commons
When it comes to wealth and success, prosperous people are those who persevere. Perseverance/resiliency was named the second most important success factor by those interviewed for The Next Millionaire Next Door—second only to discipline. And the amazing true story of Cliff Young—the 61-year old potato farmer who won a 544 mile ultra-marathon—is one of the greatest stories of perseverance ever told.

In 1983, Cliff Young showed up on the morning of the Westfield Sidney to Melbourne Ultra-Marathon to register for the race—in overalls and gumboots. Race officials were hesitant to even let him attempt such a grueling event without sponsors and trainers, fearing he would endanger himself. After all—the 544 mile (875 kilometers) race was a distance of more than 21 typical marathons!

Cliff was a potato farmer from Beech Forest, Australia. He was at least twice the age of many participants and not a professional athlete. When asked what kind of runner he was by a member of the press, Cliff responded in his endearing manner that reminiscent of Forrest-Gump, “Oh… I’ve got no experience, just an ordinary born-and-bred out-in-the-bush runner.”

When Cliff was questioned before the race as to why he thought he could succeed, he explained that he had grown up on a farm where he would round up 2,000 sheep on 2,000 acres—on foot! His family could not afford horses or four-wheel drives, so when the storms rolled in, they would send Cliff out to get the sheep. “Sometimes I would have to run those sheep for two or three days. It took a long time, but I’d catch them. I believe I can run this race; it’s only two more days… Five days. I’ve run sheep for three.” In recent years, Cliff had taken up running without sheep and had gotten the idea to compete.

Finally approved to enter the race, Cliff prepared to run. He changed out of his overalls and boots into a t-shirt, running shoes and jogging pants with holes cut in them for ventilation. He removed his false teeth because, as he explained, “They rattle when I run.”

The other contestants were in their 20’s and 30’s. They were professional marathoners who had trained for months with the help of trainers and sports medicine experts. They had sponsors such as Nike and Adidas. They were dressed in the best—no scissors-cut ventilation holes. One—Siggy Bauer—had previously set the 1,000-mile world record in South Africa, and two others—Tony Rafferty and Joe Perdon—were well-known ultra-marathon rivals and record holders.

Not surprisingly, the young professional athletes left their sexagenarian competitor in the dust the first day of the race. Running for 17 hours, the front-runners had no thought that the potato farmer would ever catch up or even complete the race. The first day of the ultra-marathon was coming to a close, and Cliff Young was nowhere to be seen.

Breaking the Rules, Shattering the Record

The Beech Forest Cliff Young Memorial Boot. Attribution: Mattinbgn (talk · contribs) [GFDL or CC BY 3.0, from Wikimedia Commons
In those days, it was believed that ultra-marathoners should run no more than 17 or 18 hours per day, so that they could get a minimum of 6 hours sleep to allow their bodies to recover. While the others bedded down for the night, Cliff Young jogged past them all! Cliff slept too—only for a couple of hours—and ran on. He was miles ahead before any of them even awoke!

In spite of rain, darkness, and fatigue, Cliff shuffled on, maintaining his lead. On the third day, the rain intensified. This slowed the other exhausted runners, but not Cliff. Buoyed by growing public support, TV cameras and crowds of schoolchildren who left class to cheer him on as he passed by, Young ran on… and on and on! Sports broadcasters worried out loud that he might run himself into a heart attack. Cliff’s own support team tried in vain to get him to rest and take longer breaks. But Cliff refused all but the most necessary stops.

Meanwhile, the race’s youngest competitor, John Connellan, was struggling, in pain, and full of complaints. “Aw, mate, my ankles are swollen, my back hurts, my legs ache,’’ he told a reporter. Slumping into a chair on a break, Connellan confessed, ‘‘I’ve got a few apologies to make… I just cannot believe that a 61-year-old is making mincemeat of us all!’’

Cliff was an outlier in every way—his age, his toothless, unassuming manner, and his slow, awkward gait. He had a strange stride that was more of a shuffle than a jog. And one arm hung limp, the result of an earlier fall.

The odd way that Cliff ran was his natural adaptation to running sheep on the farm. As it turns out, the slow-but-steady gait is an extremely energy-efficient way to run long distances. Today, the gait is known as the “Young shuffle” or the “Ultra shuffle.” It has been adopted by other ultra-marathoners. One blogger-runner describes it like this:

You have to be an ultra-runner to appreciate the qualities of the ultra-shuffle. To… ultra-shuffle is to occupy the hazy middle-ground between running and walking. It occurs when the athlete is fatigued to the extent that fluent, hamstring-extending motion is no longer possible – but, while the will remains, nor is walking. The outcome is shuffling. Not running, not walking, but trundling along at around 5 or 6 mph. Hobbling, trundling, shuffling, call it what you will; what matters is you are moving, and if you are moving you will reach the end. Eventually.

A National Australian Hero is Born

“By now, they are 50 kilometers behind, and Cliff is showing the stamina of a Zulu warrior,” said a sports announcer a few days into the race, archived on this YouTube video. When he asked Cliff what his secret was, the farmer replied matter-of-factly, “Well, you just got to keep going… you got to keep the pace you’re on.”

After five days, 15 hours and 4 minutes, Cliff Young passed the finish line. He not only won the race—he finished TEN HOURS ahead of the next competitor and nearly TWO DAYS faster than the previous record for the course! Then—to everyone’s shock—he split his $10,000 prize money amongst the runners who completed the race!

This short clip from an Australian show captures the legendary event:

The Tortoise and the Hare

Four miles an hour. That was the average speed Cliff maintained over the five-and-a-half days, including breaks. It’s not very fast. His pace while running was barely over five miles an hour. Most people reading this article can probably run faster! But how many can keep up that speed for an entire day—much less consecutive days? Only a handful of ultra-marathoners.

Future winners adapted Cliff’s shuffling gait and slept for shorter periods than was previously thought necessary. They learned the secret was not speed—it was simply to “keep going.” Cliff proved the phrase “slow and steady wins the race” should be taken quite literally!

Just as four miles an hour is not impressively fast, neither is 4% an impressive gain in the world of finance. Most of your investments have probably done better! However, many people skip saving and go straight to investing—which involves much greater risk. They fail to build a financial foundation that can just “keep going”—no matter what.

In 2018, the stock market got off to a great start. The S & P 500 “sprinted” to impressive highs by the end of January, gaining 5% in less than four weeks! However, the economic rains came, the hills got tough, and by February, the 5% gain turned into a 5% YTD loss. New highs were not reached until August and September of 2018. Then extreme volatility set in, culminating in a disastrous Christmas Eve closing of 2,351—nearly 20% lower than the September high of 2,931.  After a brief after-Christmas rally, the S & P 500 closed at 2,507, posting a loss of just over 6% for the year.

While the stock market was bouncing around like a jack rabbit and losing ground, those with bonds fared only slightly better. Fidelity’s Total Bond Fund “only” lost 3.6% in 2018—plus any applicable commissions or fees. Meanwhile, those with whole life cash value accounts and other cash equivalents saw them shuffle forward with no stopping. Aesop might as well have been writing about financial vehicles. While the hare sleeps (or moves backwards), the tortoise lumbers on to win the race! 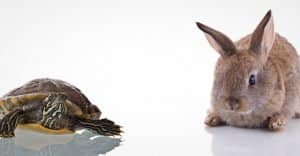 There is definitely a need for short-and-medium-term investments with greater earning potential. We also believe that investors also benefit from having a portion of their assets in liquid, cash equivalencies that can earn around 4% in any market or economy.

Whole life insurance has historically paid between about four and eight percent over the long-haul—more when interest rates are high, less when they are low, such as our recent environment. The internal rate of return for high cash value whole life is currently around 4% (sometimes more or less, depending on the insured’s age and health). It’s not a return to brag about at cocktail parties. It’s a return that lets people sleep soundly, knowing that a portion of their wealth will keep gaining in any environment.

But whole life insurance is more than just long-term savings. It also provides tax benefits, death benefits, and living benefits. Today’s long-term care riders are attractive to many policy owners. Policies can also be collateralized to build additional assets and investments. Whole life has minimum guarantees plus has paid dividends for over 150 consecutive years. (Dividends are not guaranteed even though they have a long history of being paid annually. Once they are paid, they become part of the guaranteed cash value and part of a new, higher basis or floor that will increase future gains.)

This is why we recommend whole life as your financial foundation. Whole life companies are managed for long-term security—not short-term gains. That’s why even banks save with life insurance! 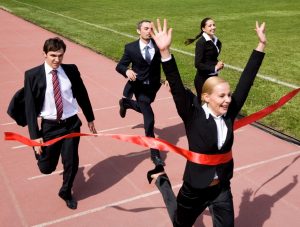 Do you need a financial foundation that can just “keep going”—no matter what? Can we help you with a New Year strategy for financial certainty in volatile times? Contact Partners for Prosperity to schedule a complimentary consultation.