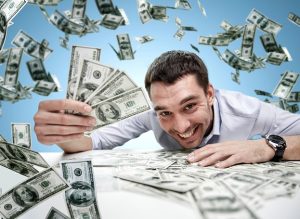 What makes a business succeed? As a general rule, capital comes in handy! And whether a lack of cash is a symptom or cause of a failing business (it can be both), undercapitalization brings down more businesses than anything else.

Of course, you can save your own capital, but there are lots of pitfalls to dodge. You’ll want to avoid these scenarios:

You can see why mutual funds, retirement accounts, qualified funds, and home equity lines of credit make poor choices for Emergency/Opportunity Funds for you or your business. So where DO you get capital?

My Business Mentor Has His Own Bank.

I was in the hot seat and we were discussing my “scorecard,” an assessment tool that would help advisors determine whether they might be interested in using our systems. My vision for the Prosperity Economics Movement is to unite other advisors who affirm the value of whole life insurance as a financial foundation, and so the scorecard addressed whole life. For the other clients attending the workshop that day, Dan explained, “You get to have your own bank with whole life insurance!”

Dan also shared with me that he and Babs, co-founder of Strategic Coach®, highly recommend people obtain their Human Life Value, an insurance term for the maximum an insurance company will allow any person to own.

Dan is not alone in recognizing whole life as an invaluable tool for entrepreneurs! For well over 100 years, business leaders have saved in whole life policies so that they were ready for opportunities or emergencies. You might recognize these people who utilized their whole life insurance policies:

This visionary used life insurance to fund his dream when others wouldn’t.

Following early bankruptcy and failure, Walt Disney failed traditional means of financing his first theme park. Undeterred, Disney collateralized his life insurance policy in 1953 to help fund what would become Disneyland. According our research, Disney primed the pump with $200,000 and other investors followed. Disneyland opened in 1955 and hosted more than 3.5 million visitors in its first year. It became an immediate, resounding success.

“It takes a lot of money to make these dreams come true,” Disney is quoted as saying, according to LifeHealthPro.com “We had everything mortgaged, including my personal insurance… We did it (Disneyland), in the knowledge that most of the people I talked to thought it would be a financial disaster — closed and forgotten within the first year.”

This family business has profits that are anything but “chicken little”! 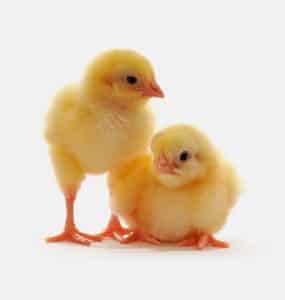 Foster Farms began in 1939 when, according to the company website, Max and Verda Foster borrowed $1,000 against their life insurance policy to invest in an 80-acre chicken farm. Verda nursed their first chickens around the clock while Max initially continued to work at a newspaper to support their fledgling business.

Known for their fresh, certified-humane chicken raised without antibiotics, Foster Farms is still family-owned and operated, now with the help of thousands of employees as well as other chicken farmers that contract with Foster, promising to uphold their standards. Today, their products are sold all over the world, and the Fosters are ranked #179 on the Forbes list of America’s Richest Families.

The company that survived the Great Depression when competitors went under.

In 1902, James Cash Penney opened his first retail store in Wyoming. Started with two partners and originally named “The Golden Rule,” Penney bought out his partners and renamed the stores after himself. The J.C. Penney brand grew rapidly, and by 1929, Penney had expanded to 1400 stores.

When the stock market crash devastated J.C. Penney’s profits and personal wealth, he borrowed against his life insurance to meet payroll and operating expenses. Many of Penney’s competitors had to close their doors, but because of the equity in his whole life insurance policy, his company stayed afloat and rebounded when the economy improved.

Whole life insurance funded what became the biggest franchise in the world. 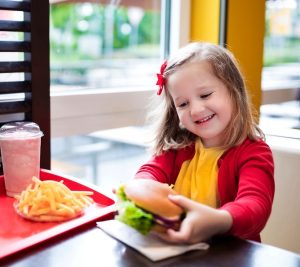 Ray Kroc began as a milkshake salesman, but eventually struck a deal to franchise the McDonald brother’s operation. According to Jake Thompson’s Money. Wealth. Life Insurance., when Kroc began opening franchises of McDonald’s hamburger stands, he did not take a salary during his first 8 years. He borrowed money from two cash value life insurance policies (as well as his bank) to overcome constant cash-flow problems and help cover the salaries of key employees. Some of the money was also used to create an advertising campaign for mascot Ronald McDonald.

Today, McDonald’s operates 36,525 restaurants in 118 countries and employs more than 420,000 people, according to their website. Whether you love or hate fast food, there’s no question that McDonald’s is a true business success story. It has excelled as a duplicatable business model characterized by consistency, efficiency, adaptability, and resiliency. Additionally, the franchise has raised hundreds of millions of dollars which are put to use through the Ronald McDonald House.

In 1980. Doris Christopher started The Pampered Chef in her suburban Chicago home in 1980 with $3,000 borrowed against a life insurance policy. A stay-at-home mother and former home economics teacher, Doris had a passion for tools and techniques that made cooking easier.

The company was acquired by Warren Buffett’s Berkshire Hathaway Corporation in 2002 and Doris Christopher still serves as the company’s chairman. Today, Pampered Chef is a multi-million enterprise with tens of thousands of consultants and millions of customers.

Whole life insurance saved this family’s legacy to the world. 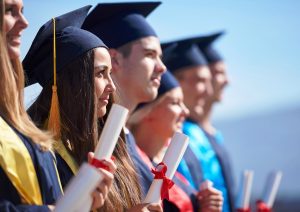 Sometimes the cash value saves the day, and sometimes, it’s the death benefit. In 1891, Leland Stanford, Jr. University – known today as Stanford University -opened its doors. Founded as a memorial to Leland and Jane Stanford’s only son, the university was a legacy created to educate the children of California – tuition free. (The university did not charge tuition until 1920 and still does not for families earning less than $125k/year.)

However, the university was almost forced to close only two years after it opened. Leland Stanford died, leaving his affairs in a tangled state and his fortune tied up in probate for years to come. Worse, his death came during the Panic of 1893, a serious national crisis in which hundreds of banks failed and cash tightened. Leland’s widow could not obtain money to sustain the university. The San Francisco Examiner headline declared, “No Pay For The Professors!” and the situation became dire.

Fortunately, Jane then discovered that her husband had taken out a life insurance policy nearly twenty years earlier. She received a check for $10,000 – over a quarter million dollars in today’s dollars. As reported to The Spectator in 1918, Mrs. Stanford testified, “That was the money that kept the doors of the university open.”

It’s not just “for business only.”

Entrepreneur, author, and master networker Jordan Adler has spoken at two of our Summit for Prosperity Economics Advisors events. The top earner in a network marketing company, Jordan uses whole life insurance to store and grow cash for future use.

Recently, Adler’s savings gave him an opportunity to fulfill an incredible lifelong dream of becoming a space traveler! Here is a clip from his 2015 talk in which he describes how his subconscious mind and his whole life policy are allowing him to achieve a goal that formerly seemed impossible!

(By the way, if you’re curious about the bookkeeper that Jordan is raving about, see Carrie Putnam’s guest post, “9 Common Bookkeeping Mistakes Even Smart Business Owners Make.”)

Here are seven ways that whole life insurance cash value and death benefit can benefit a business as well as self-employed individuals:

How can whole life insurance help your family and business prepare for success in any situation? Contact us today to see a policy illustration and see how a whole life policy might perform for you. You can also get more information about this alternative savings vehicle in our ebook that we offer as part of our complimentary Prosperity Accelerator Pack, Financial Planning Has Failed.