“It’s sort of like the flood’s about to happen and you’re Noah.”
― Michael Lewis, The Big Short: Inside the Doomsday Machine 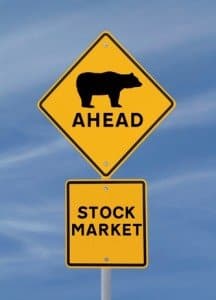 Last week in “Michael Burry on the Last – and Next – Financial Crisis, Part 1,” we summarized the causes of the 2008 financial crisis and featured a video of Dr. Michael Burry’s Chancellor’s Lecture at Vanderbilt University, “Missteps to Mayhem,” on the same topic.

This week, we examine what has – and hasn’t changed in the last 10 years, and what that means for the future, including a look into the mortgage market and Dr. Burry’s predictions.

Yes, some changes are positive.

As far as the mortgage industry goes, practices are safer now than in the years immediately before the subprime mortgage crisis. Lending standards are tighter. Negative amortization loans and “liars’ loans” (mortgages requiring no income and no asset verification) have gone out of style. Underwriting has changed. Borrowers must demonstrate their ability to repay mortgages.

Appraisal standards have tightened as well. Loan officers can no longer choose appraisers who will inflate values. And the big banks that crushed the economy before are no longer participating in the riskiest types of loans. While subprime lending still exists (and while there is a proper place for it in the economy), lenders that do such loans must now set aside reserves equal to 10% of the loan to protect themselves.

The percentage of Americans owning homes declined to a rate as low as 63.4% in 2015, up from a high that bounced just above and below 69% immediately prior to the subprime crisis. In 2007, a migrant worker earning less than $20k a year could qualify for a $600k mortgage. Today, not everyone can qualify to own a home.

In some ways, little has changed.

Mortgages continue to be sold off and securitized, just not with such reckless abandon. Some see it as an ominous sign that Goldman Sachs, at the center of the previous crash, is peddling a new version of CDOs, or collateralized debt obligations, backed by credit default swaps. According to Bloomberg.com in a February 2015 article, “Goldman Sachs Hawks CDOs Tainted by Credit Crisis Under New Name,” they are now referred to as a “bespoke tranche opportunity.”

Mortgage interest rates seem to keep hitting impossible lows, driving some housing markets to new highs. A December, 2015 forecast in TheMortgageReports.com stated, “Because mortgage rates have dropped, today’s home buyers can afford 7% ‘more home’ as compared to the start of last year. If you could afford a $400,000 home last year, this year, you can afford a home for near $428,000.”

Something else that remains unchanged: banks and other large financial institutions continue to shortchange investors through price-fixing and other scandals. The government continues to slap institutions with fines, while executives seem to be immune from prosecution.

Cheap credit rules – from real estate to the tech sector.

We have experienced rock-bottom interest rates for several years now. When rates inevitably rise, corrections can and must happen. 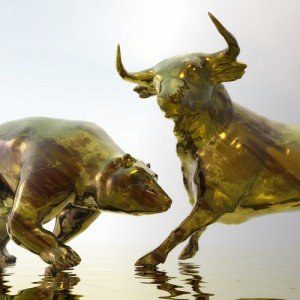 In the big-screen version of The Big Short, Christian Bale plays Dr. Michael Burry, who accurately predicted the subprime crisis while Wall Street was busy celebrating record profits. True to the script, Burry worked barefoot, listened to heavy metal, has a glass eye, and would much rather spend his time deep in research than talking with anyone.

In a December 2015 interview with New York Magazine (conducted by email), Burry stated his belief that we could be headed for another crisis:

“We are right back at it: trying to stimulate growth through easy money. It hasn’t worked, but it’s the only tool the Fed’s got. Meanwhile, the Fed’s policies widen the wealth gap, which feeds political extremism, forcing gridlock in Washington… Interest rates are used to price risk, and so in the current environment, the risk-pricing mechanism is broken. That is not healthy for an economy. We are building up terrific stresses in the system.”

Burry is not the only voice crying “bubble!” From Yale market scholar Robert Shiller to billionaire presidential wannabe, Donald Trump, to the Royal Bank of Scotland, which told investors in a January 2016 memo to get out of the stock market and “sell everything,” many are trying to warn investors. In April of 2015, we published “Is It Time to Get Out of the Stock Market?” citing analyst Jesse Columbo’s argument for a bubble.

When asked what worries him most, Burry responded, “Debt. The idea that growth will remedy our debts is so addictive for politicians, but the citizens end up paying the price. The public sector has really stepped up as a consumer of debt. The Federal Reserve’s balance sheet is leveraged 77:1. Like I said, the absurdity, it just befuddles me.”

Burry is bearish as well on the prospect of major financial corporations acting responsibly. He hoped that the subprime crisis would usher in an era of personal responsibility, but instead, “we doubled down on blaming others.” Burry notes, “Borrowers were punished for their overindulgences — they lost homes and lives…. But the executives at the lenders simply got rich.” Expressing shock that the executives at the worst lenders were not punished, he adds, “But this is the nature of these things. The ones running the machine did not get punished after the dot-com bubble either….The little guy will pay for it.”

“Innovation, especially in America, is continuing at a breakneck pace, even in areas facing substantial political or regulatory headwinds. The advances in health care in particular are breathtaking — so many selfless souls are working to advance science, and this is heartening…. Americans have so much natural entrepreneurial drive. The caveat is that it is technology that should be a tool making lives better in the real world, and in line with the American spirit of getting better and better at something, whether it’s curing cancer or creating a better taxi service.”

Is Prosperity Economics the Answer?

Although Michael Burry  may be unfamiliar with the term “Prosperity Economics,” in many ways, his investment philosophy follows many of our 7 Principles of Prosperity™.

THINK from a Prosperity Mindset:

Michael Burry was a medical student facing a mountain of student debt when he started Scion Capital. At the time, he received an inheritance that he could have used to pay off his student debt. However, his mindset was focused on growth, so he used the money as seed money for his new business. Soon, his business was capitalized with millions from other investors.

Similarly, we advise our clients to focus on growth and earning rather than frugality.

While many analysts and fund managers focus on picking stocks, Burry looks at trends in the economy, understanding that different sectors of the economy are related. Few realized what was happening in the mortgage industry – if they could even see it – could cause people to lose jobs and savings.

As Prosperity Economics Movement co-founder Kim D. H. Butler points out, just as stocks, bonds, mortgages, consumer spending and business credit all relate in the larger economy, so in our own personal economy, our mortgage, investments, insurance and spending “all come from the same wallet. ”

Before “the big short,” Burry was known as a savvy stock picker who could find true deals, even in a falling market. In looking for companies that represent value, Burry looks for minimal debt and strong cash flow.

According to Rupert Hargreaves of ValueWalk.com, Burry believes that limiting risk is “the key to long-term success.” He approaches each investment thinking “how much can I lose?” rather than the standard approach used by the majority of asset managers investments and fund managers of asking, “How much can I make?”

Although Burry is best known for his bet against the housing market, which looked like a big gamble to others (but never to him), he is not comfortable with risk. Relying on exacting research to reliably predict investment results, he does not believe in the sort of guesswork and speculation that pervades the stock market environment.

At Partners for Prosperity, we have no tolerance for loss! Prosperity Economics advocates investments you can understand and have some level of control over, such as non-correlated investments not tied to the stock market.

Learn About All 7 Principles of Prosperity™