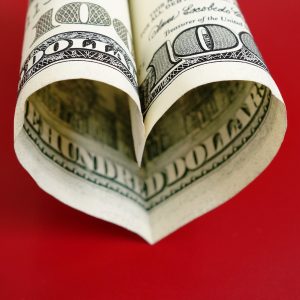 In pop culture, money and love often seem to be pitted against each other, such as in the classic Beatles refrain, “I don’t care too much for money; money can’t buy me love.” Or you might hear those who struggle financially say things like “Some things are more important than money,” which of course, is true. But are love and money really at odds with each other? Surprising research shows that loving relationships are strongly correlated with a person’s ability to grow wealth. In fact, successful relationships appear to be almost a pre-requisite for success with money!

What would you guess would be most important when it comes to predicting financial success:

B) The income and education level of their parents, or

If you answered C, you are correct, according to Harvard’s 79-year (and still going) study to discover why some people are healthy and happy—and others aren’t. This and other related studies are proving that warm, loving relationships may be the primary determinant when it comes to happiness, health, longevity, and wealth.

Known originally as the Grant Study after its original benefactor, the study began tracking 268 Harvard sophomores from the classes of 1939-1944. The subjects were interviewed extensively and repeatedly so that virtually every aspect of their lives could be measured and documented. Nineteen of the original men (only men attended Harvard at that time) are still alive and participating, now well into their 90’s. Four decades ago, the related Glueck study began to follow an even larger group of inner-city men in a similar manner. And some of the patterns that have emerged have been unexpected. 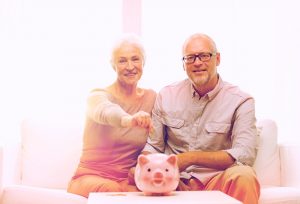 The research demonstrated that loving relationships are correlated with both health and happiness to a greater extent than the researchers imagined. For instance, the Grant study and numerous other papers and studies that now comprise the larger Harvard Study of Adult Development, show that satisfaction with relationships at age 50 is a better predictor of physical health than cholesterol levels, and highly correlated with longevity.

The research also showed a strong link between loving relationships and financial success. Whether the relationship is with a parent, a spouse, grandparents, children or friends, people who love well tend to build more wealth. In an informative article titled “Love Is All You Need,” the Art of Manliness website lists these stunning conclusions of the Grant Study, as outlined by Harvard research psychiatrist George Valliant:

According to Valliant, the finding of the Grant Study that emerged most prominently was this: “It was the capacity for intimate relationships that predicted flourishing in all aspects of these men’s lives.” To the surprise of the researchers, warm, caring relationships counted for more than factors such as intelligence IQ (when comparing the success of those in the 110-115 range with those who score 150 or higher), friendliness, body type/mesomorphy, athletic prowess, and the economic standing and education of one’s parents.

Marriage: For Richer or Poorer? 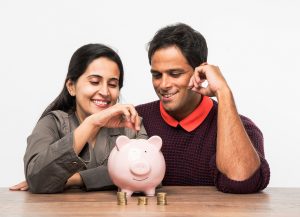 According to Ohio State’s Jay Zagorsky who authored “Marriage and Divorce’s Impact on Wealth,” research on marriage and money shows that married people save more and build wealth faster than single people, unmarried couples, and those who divorce:

The evidence is so strong that married people have higher levels of net worth that we should ask not if marriage correlates with increased wealth, but why. And as a Today article headline put it, determining why married people are wealthier can be “complicated.” For instance, there’s the difference between causation and correlation. People who get married tend to be wealthier than unmarried couples or those who remain single. 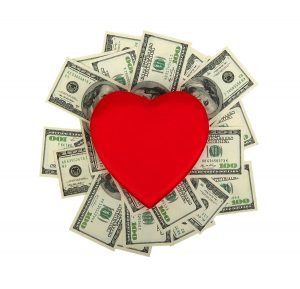 Economically speaking, there are actually some relative disadvantages to marriage. Married couples usually begin their marriage with the expense of a wedding. They are more likely to have children, which are even more expensive than weddings! And tax laws sometimes favor single people by actually reducing the total tax that two single people would pay, compared with two married people earning the same income. (This “marriage penalty” especially affects couples in which both members earn similarly, also it negatively affects low-income couples, though couples with highly uneven incomes, perhaps with one partner staying home with children, benefit from tax law.)

In other significant ways, couples can benefit economically. Expenses for housing and utilities can be shared, thus increasing savings. Household chores can be shared, as well as assets such as cars or appliances. Partners can support each other through obtaining college degrees or starting a business. Benefits such as health insurance may extend to spouses. Married people who become widowed often receive social security benefits based on their deceased spouse’s earning record.

Looking at what the Harvard studies reveal, we must also consider the significant positive effects of a warm, loving, relationships in addition to the financial aspects of marriage. As a 2016 Guardian article points out, numerous studies have linked marriage with: 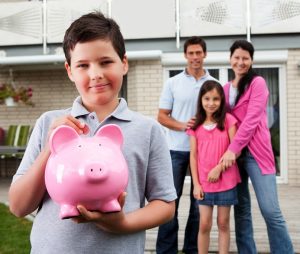 Furthermore, the economic impact of a successful marriage extends to future generations. Married couples are twice as likely to stay together as cohabitating couples, thus, marriage provides increased stability for children. And this stability leads to increased upward mobility for children. According to The Daily Beast, children born to poor parents who remain married have a greater chance of moving into the middle or upper class than children of poor single women or poor divorced parents.

“My best advice for those who want to be wealthy is this: Get married. Stay married,” Zagorsky says. However, as he is careful to explain… Don’t marry for money! “Getting married and staying happily married is a wonderful way to increase your wealth,” he said.  “Getting married with the idea it will make you rich is a terrible idea.”

Of course, wealth should never be pursued as a person’s top goal in life. We are “wired for connection,” as Brene Brown would say, and those who pursue material goals first will suffer in their overall happiness and well-being. Workaholism erodes life satisfaction, and financial freedom combined with loneliness leads to neither happiness nor longevity. We must think of success and prosperity as broader than financial success alone, and use wealth to enhance quality time with loved ones and fund memorable experiences.

Relationships clearly enhance our wealth, and if we wish to live a fulfilled life, our wealth must enhance our relationships. So the next time you consider canceling on a friend to work late, fueling a family feud instead of seeking harmony, or giving up on finding the person you wish to spend the rest of your life with, remember to choose love.

It’s All About Prosperity 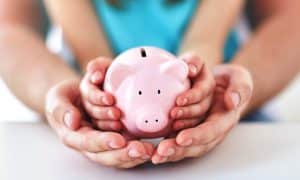 We recognize that wealth and prosperity go way beyond money alone, and we love helping those who share this understanding. If we can help you align your finances to live your most fulfilled life, contact Partners for Prosperity today. You can also download our free resources to see how we help clients grow wealth… without Wall Street risks!