The Controversy Over Life Settlements 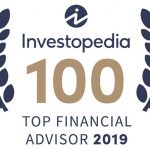 On the surface, the concept of Life Settlements can be a bit shocking at first. Let’s face it, making money on someone else’s natural death sounds like an investment idea cooked up in a Cohen Brothers movie. (Maybe the idea of benefiting financially from anyone’s death – especially someone you know and love – is precisely why many people would rather discuss toe fungus than life insurance, even it’s wanted, needed and downright necessary.)

However, if you dig a little deeper, you’ll discover a win-win scenario that makes a lot of sense. Unlike the controversial “Dead Peasant” policies talked about in Capitalism: A Love Story (life insurance taken out on employees with the employer the beneficiary), Life Settlements begin as traditional life insurance policies with typical beneficiaries. Policyholders want to make sure their family is taken care of after they die. Years later, however, life insurance policies can become unwanted or unneeded. As discussed in our recent post, “Investing Outside the Box: Alternative Investments,” needs change, children grow, and beneficiaries pass on. Sometimes cash is required sooner rather than later, even for medical treatment, or multiple policies are simply no longer needed.

Rather than “letting the house win” by allowing the policy to lapse, receiving no benefits in return for premiums paid, or canceling it and getting only its current cash value, policyholders now have the option to sell their policies. In a Life Settlement transaction, policies are sold for less than the policy’s net death benefit but more than the cash surrender value. This guarantees the policyholder at least a partial return on their premiums, a return they can use now, while they are still living.

Life settlements are controversial for other reasons as well. The idea of “whole life” insurance policies have been controversial in the financial arena for decades. From A.L. Williams to Suzi Orman, many financial gurus have touted the “Buy term and invest the difference” philosophy. However, does that financial philosophy make mathematical sense? We encourage you to have one of our Investment Advisor Representatives run the actual numbers so that you can see for yourself.

In the meantime, consider that only whole life (and other “permanent insurance”) policyholders can use their life insurance benefits while they are still living, not only through a potential Life Settlement, but through others means as well. Since term life insurance is only for a designated  period of time and becomes prohibitively expensive in a person’s later years and/or as health fails, almost all term policyholders are no longer insured when they need it most. Although it’s unfortunate when an accident, illness, or old age takes a loved one, it’s even more unfortunate when the grieving family receives no benefits due to a flawed financial strategy.

The Direct Fractional Ownership (DFO) of Life Settlement Policies provided by some companies is also controversial. In a DFO Life Settlement, the investor invests not in a fund, but a particular individual’s policy, whose name is revealed in the process. Isn’t that “weird”? Wouldn’t it be “nicer” if we didn’t know the name of the person whose policy we held a stake in?

Yes, it may seem “weird” to have that information available, but it’s also part of what’s appealing. Another way to purchase Life Settlements is through a fund with layers of management. This can also be an excellent investment – but only with the right company. As with mortgages, whenever assets are bought, sold, packaged and managed with “layers” between the asset and the investor, there can be a risk of mismanagement and decreased profits for the investor.

A further controversy is how federal entities have threatened to reclassify Life Settlements as a “security.” Though this may be far-fetched, certainly there could be widespread changes to the industry if that happened. For the time being, Life Settlements are under the jurisdiction of state insurance regulations, where we anticipate they will stay.

And as with any business, there will be “bad apples” that occasionally must be purged (or sent to prison).Recently, a federal jury convicted a Houston businessman for his role in a $100 million life-settlement fraud scheme. Christian Allmendinger faces up to 27 years in prison for bilking more than 800 people in the U.S. and Canada out of their money.

The problem? The issue had absolutely nothing to do with the Life Settlements as an investment or the Life Settlements industry, and everything to do with the fact that Allmendinger was a criminal who committed multiple counts of fraud. Perhaps an admirer of Bernie Madoff’s, he used investors’ money for million-dollar homes, 15-carat diamonds and a Lamborghini Spyder instead of buying the life settlement investments his clients believed he was purchasing for them. (This would not have been possible with Direct Fractional Ownership.)

And as with almost any regulated industry, legislation and regulations have come about due to issues or problems that are reported, suspected, or anticipated. This is to be expected in any rapidly growing industry, and it emphasizes the critical importance to work only with a reputable, proven company.

The controversy about Life Settlements has more to do with preconceptions, “guilt by association,” or the idea of them than any factual analysis of Life Settlements as an investment. As examined in our last post on “Life Settlements: Why Investors Love Them to Death,” they offer significant benefits to both buyer (investor) and seller (policyholders) and create win-win scenarios. Indeed, even critics admit: “It’s an asset whose performance is not tied to the stock market, and which has been shown to return double-digit annualized profits for investors more often than not.”

Would you like more information on Life Settlements? Click the play button to watch the video below.