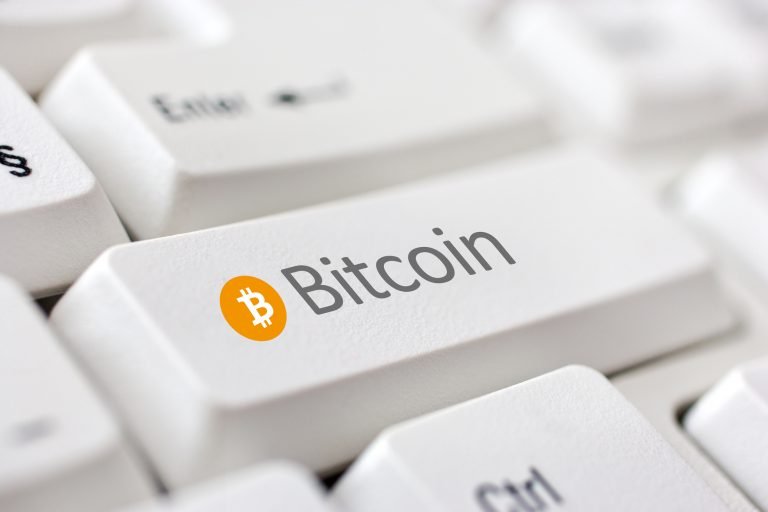 Disrupting Money: The Rise of Bitcoin and Cryptocurrencies

Disruptive technology has come to the financial world. Bitcoin and other digital currencies are reshaping how we think about money. As Peter Diamandis observes, cryptocurrencies are making money “more digitized, dematerialized, and democratized than ever before.”

Bitcoin also provides a way for people to remove “money” from the hands of the bankers. Why should banks, Wall Street, and the Federal Reserve have so much economic and financial control, anyway?

In this article, we’ll explore disruptive technologies and how they impact industries and cultures. We’ll offer some observations and share some more from Peter Diamandis, too. And finally, we have a fascinating “life insurance” connection. (Do you know which life insurance company is buying Bitcoin?)

For many people, digital music has replaced records, tapes and CDs. Smartphones have replaced pagers and GPS systems and even disrupted the photo industry. Uber and Lyft disrupted taxis and even, to some extent, public transportation.

In the US, we may think of “money” as green pieces of paper and coins, but even in the realm of dollars and cents, money is often digital. You go to the store and use a debit or credit card. No cash required. You can get a loan or mortgage, and nobody brings in a wheelbarrow of cash. It’s all digital.

The difference with Bitcoin, Ethereum and other cryptocurrencies is that they are decentralized and based on blockchain technology. Robert Kiyosaki recently called Bitcoin “the people’s money,” as opposed to “the government’s money.” And Bitcoin is often called the reserve currency of the crypto world.

Digital coins can be used in transactions and are becoming more widely accepted as forms of payment. Increasingly, people also consider Bitcoin to be a place to store wealth. In the last year, we’ve seen billionaires and famous investors such as Paul Tudor Jones hop on board.

For better or worse, cryptocurrencies don’t come from a government. However, “stable coins” track the US dollar in value, and governments and banks such as JP Morgan are all scrambling to come up with their own digital money.

As trust in institutions wanes, the decentralized nature of Bitcoin is definitely part of the appeal. We view it as an alternate currency that gives people greater diversity in how they are holding their wealth. Some wealth managers and investors such as Cathie Wood are beginning to recommend that people have some Bitcoin in their portfolio, generally in the 1 to 5% range in terms of percentage of assets. It is, however, still extremely volatile! So proceed cautiously. Depending on your desire for upside potential (or distrust of fiat currencies) and ability to tolerate risk, you might decide it is—or isn’t—for you.

Now let’s take a look at Bitcoin through Peter Diamandis’s 6 phases of Disruptive Technology. The following section is from Peter (with some very light editing).

“Seven years ago, I wrote that Bitcoin was moving from its deceptive phase to a very disruptive phase. At the time, one bitcoin was worth $600.

That disruption is now going mainstream.

A few weeks ago, Bitcoin reached a record high of $40,000 (doubling its value in one month), and the value of all cryptocurrencies surpassed $1 trillion. And last month, the digital currency exchange Coinbase, the most valuable crypto company in the US, filed for an IPO.

So, why should you care?

Because Bitcoin and other digital currencies are reshaping how we think about and use money—making it more digitized, dematerialized, and democratized than ever before.

In today’s blog, I’ll discuss what Bitcoin is, its evolution, and how you can get involved.

What exactly IS Bitcoin?

For starters, Bitcoin is a digital currency. The current value of one Bitcoin is about $32,000. Bitcoin is divisible down to 8 decimal places, or 0.00000001 BTC. You can buy things with Bitcoin, sell things for Bitcoin, and exchange Bitcoin for other currencies (and vice versa).

At its core, Bitcoin is a smart currency, designed by very forward-thinking engineers. It eliminates the need for banks, gets rid of credit card fees, currency exchange fees, money transfer fees, and reduces the need for lawyers in transitions… all good things.

Most importantly, it is an “exponential currency” that will change the way we think about money. Much the same way email changed the way we thought of mail. (Can you remember life before email?)

If you’ve followed my work, you understand that I teach and track exponential technologies using my 6 Ds approach, looking for “User Interface Moments.”

Bitcoin is tracking the 6 Ds perfectly. Let me explain.

How Bitcoin is Following the “6 Ds”

#1: DIGITIZED: Bitcoin is digitized money—it is a global, purely digital currency. Every bitcoin is traded, earned, sold, exchanged and bought in cyberspace.

#2: DECEPTIVE: Bitcoin software was released to the public in 2009 and for the first few years grew in its deceptive phase. Few heard about it, few used it and accepted it. But with countless crypto startups offering universal wallets and digitized assets in recent years, Bitcoin is more accessible than ever. Its deceptive phase is over.

#3: DISRUPTIVE: Bitcoin is now in the midst of its disruptive phase, where both its acceptance and value are exploding. The three largest cryptocurrency exchanges globally (Binance, Huobi, and Coinbase) have tens of millions of users and hundreds of billions of dollars in trading volume combined.

#4: DEMATERIALIZING: Bitcoin is removing, or dematerializing, the use of physical money (bills and coins), and even credit cards. But more than that, it is also dematerializing (read: eliminating) the need for central banks, lawyers, and currency exchanges.

#5: DEMONETIZING: Bitcoin eliminates middlemen (banks, lawyers, exchanges) and demonetizes the cost of transactions. It can lower fees and make it cheaper to use, spread, and share money.

#6: DEMOCRATIZING: Bitcoin makes access to capital available to everyone, where there are no banks, no ATMs and no credit card suppliers. Ultimately, as we move (over the next 3 years) to a world of 8 billion digitally-connected humans, Bitcoin makes currency available to anyone with an internet connection.

The Phases of Disruptive Digital Currencies

Peter Diamandis goes on to detail how Bitcoin has already gone through:

The “Experimentation Phase,” from 2009 to 2011, when technologists and hackers started playing with the code.

2012 through mid-2014 marked the beginning of the “Venture Capital Phase.” Folks like Marc Andreessen, Google Ventures, Benchmark and others began investing in Generation 2 Bitcoin and blockchain companies to the tune of billions.

The “Disruptive Phase” began in 2014 when Wall Street entered the Bitcoin market. Here we began to see institutional money acknowledging digital currencies as an asset class. They started trading it, investing it, and creating products around it. In 2020, institutions such as Fidelity and PayPal launched Bitcoin funds, and companies like Square and Microstrategy have even started buying Bitcoin with their own capital.

Finally, the “Mass Global Consumer Adoption Phase” is beginning. This is where Bitcoin becomes a major player in the global economy. Just last year, JPMorgan released the first US bank-backed cryptocurrency, the “JPM Coin,” further legitimizing the technology. Goldman Sachs is also expected to release its own coin soon. As more consumers gain confidence in Bitcoin and other digital currencies, thus the exponential growth begins.

And last year, Bitcoin quadrupled in value. Over 11.9 million transfers (of <$1,000 worth of bitcoin) into personal wallets occurred in 2020, up from about 9.1 million in 2017. The cryptocurrency has already reached record highs this year and is on its way to dematerializing, demonetizing, and democratizing our society.

First, recognize that crytocurrency has become a legitimate asset class. Institutions are now investing, and why not? Bitcoin ranks as the best-performing asset class over the last 11 years, and that’s nothing to sneeze at.

There are now multiple exchanges where you can buy Bitcoin with dollars (or other currencies). Two of the most popular platforms are: Coinbase (www.coinbase.com)  and Square Cash (www.cashapp.com) If you want to start accepting Bitcoin in your business, a popular platform to do this is Bitpay (www.bitpay.com).

Third, take advantage of the Bitcoin-life-insurance connection! Life insurance is a boring, reliable, stable asset. It makes a perfect financial foundation, as it grows steadily over time while offering various protections.

Of course, life insurance is INSURANCE with a savings component—it’s not an investment. But there is a forward-thinking whole life insurance company that is investing in Bitcoin! That company is MassMutual. Their $100 million purchase of Bitcoin made headlines in December.

If you would like to explore obtaining whole life insurance through MassMutual, we can assist! We work with only top insurance companies and we have had a working relationship with MassMutual for many years.

Of course, we can also help you compare companies. MassMutual is not the only excellent mutual life insurance company, and each offers slightly different benefits. Reach out to Partners for Prosperity to request an illustration and/or schedule an appointment.

Facebook
Twitter
LinkedIn
PrevPreviousLive Long and Prosper: Learn 5 Ways How to Never Run Out of Money in Retirement
NextWhere Does Your Life Insurance Fit Into Your Net Worth – Episode 396Next