The Gratitude Study: The Emotion that Raises Net Worth

“Acknowledging the good that you already have in your life is the foundation for all abundance.”
– Eckhart Tolle, A New Earth

New Study Shows How Gratitude Can Help People Save Money! 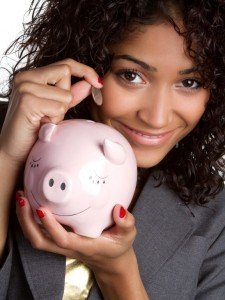 It may come as no surprise that Gratitude is the key to inner wealth… but what effect might it have on our financial wealth?

Glad you asked! According to a recent study published June 2014 in Psychological Science, when people feel grateful, they are more likely to have the patience to save for a higher return on their money.

Northeastern University’s David DeSteno led the inter-disciplinary research project, entitled “Gratitude: A Tool for Reducing Economic Impatience,”  assisted by a professor from Northeastern’s Psychology Department a team member from UC Riverside’s School of Business Administration and another from the Harvard Kennedy School.

In the study, participants were given a classic test of their ability to delay gratification,

not unlike the famous Stanford “Marshmallow Experiment”  in which children were tested to see if they could wait 15 minutes to receive a second treat along with the first. But in the Gratitude study, the aim was to weigh how various emotions affected people’s ability to delay receiving money now in exchange for more money in 30 days.

Participants were given a choice between receiving $54 now or $80 in 30 days. While the dollar figure was modest, the rate of return was impressive – a monthly return of 48%, or according to my TruthConcepts.com calculator, an annual return of 577.78%! 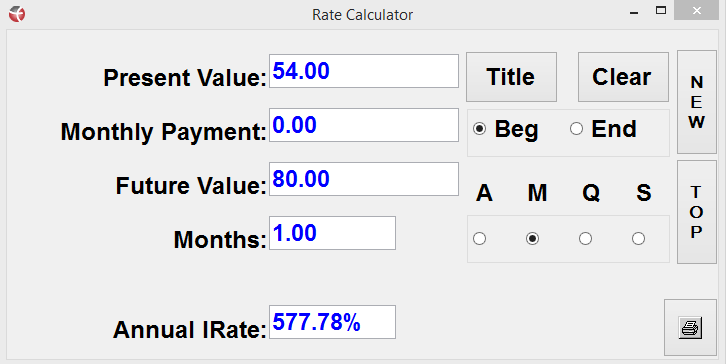 To test the influence of specific emotions on their financial decision-making, participants were directed to spend 5 minutes journaling about something that would lead them to feel either grateful, happy, or neutral before making their decision.

The study showed no significant difference between those in a happy state of mind or a neutral state of mind. Those who were either happy or neutral showed a strong preference for taking the $54 now.

However, researchers were surprised to find a noteworthy increase of patience and self-control in the group who put themselves in a grateful state of mind. Not only were the participants in the state of gratitude more likely to wait 30 days to receive the $80, the results also revealed that more gratitude the participants reported feeling, the more willing they were to wait for the larger return!

“Be Thankful, Save More… Gratitude Helps us Reach Financial Goals” declared Psychological  Science. “A sizable body of research shows that people tend to discount the value of future rewards in favor of short-term gratification, but a new paper… finds that thankfulness triggers patience and a willingness to hold out for greater monetary gain.”

Money and Emotions: Not Usually a Profitable Pair

There are countless ways in which emotions and money are intertwined, and many are not positive. The field of behavioral economics documents many ways that investors self-sabotage when emotional decisions direct their financial decisions. Impatience, distrust, sadness, even the ability to feel emotions in the first place have all been shown to compromise one’s ability to make sound financial decisions.

It’s possible that gratitude may be the only emotional state documented to lead to better financial decisions! It’s clear that for both our inner wealth and our net worth, we need to be cultivating gratitude all year long, not just around the Thanksgiving table. 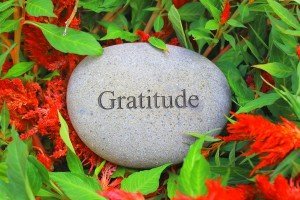 Why does gratitude work to foster more economic patience? Perhaps because gratitude leads us to be thankful for what we have, rather than desiring what we don’t have.

“If we can’t master the inner game of wealth – and gratitude is a big part of that – we’re not likely to do as well winning the outer game of wealth,” says wealth coach Kate Phillips. “When you dwell in a state of gratitude, you are already experiencing life as rich, and so it will become.”

It’s also noteworthy that the Gratitude study showed that gratitude led naturally to the result of making better financial choices. The participants were not encouraged to wait for the bigger payout, told to have self-control, or told the rate of return represented by waiting. Rather, their focus was simply shifted to thoughts that made put them in a state of gratitude.

The Benefits of Delayed Gratification

The aforementioned Stanford Marshmallow Experiment showed that the ability to delay gratification was tied to big benefits later in life. As these children were followed through the decades, it was found that the ones who successfully waited for the second marshmallow before eating the first ended up with higher SAT scores, higher levels of educational attainment, better social skills, and lower rates of obesity and substance abuse.

Clearly, the financial benefits of delayed gratification also have an enormous long-term financial impact. “On average, we increased people’s financial patience by about 12 percent,” said DeSteno, who led the Gratitude study. “That doesn’t sound like much, but imagine if you could increase people’s savings by that much.”

Are You Saving with Gratitude?

We’re big believers in gratitude at Partners for Prosperity, bringing the practice of positive focus into our daily routines as well as our team meetings and work life. Whether waiting in line at the grocery store, dealing with a business challenge, or celebrating a “win” with our children, gratitude makes everything better.

And it doesn’t hurt to have so much to be grateful for! We are truly grateful for our clients who give us the ability to do meaningful, fulfilling work. If we can help you in any way, don’t hesitate to contact your Partners for Prosperity.