Freedom is a Gift. Are You Using Yours?

“America will never be destroyed from the outside. If we falter and lose our freedoms, it will be because we destroyed ourselves.”
– Abraham Lincoln

Today’s post is a guest post from our good friend and marketing coach, Kate Phillips of Total Wealth. Kate is a passionate advocate for entrepreneurship and business ownership and Kim Butler’s co-author of Financial Planning Has Failed.

The battles over our border policies and many people who daily cross our southern border raise some important questions: What does it mean to be an “American”? Are the freedoms we enjoy a privilege? A right? Or perhaps something that too many people take for granted?

While many people literally risk their lives for a shot at living in America, too many Americans don’t exercise the freedoms they already have. What can we learn about independence through the eyes of those who don’t dare assume it? Read on to learn how you can to start using your independence today.

Three Who Saw What Others Couldn’t 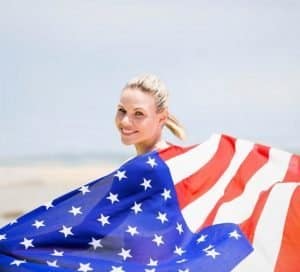 Perhaps 14 years ago, I was in a real estate investing seminar in which the speaker introduced one of their most successful students who happened to be sitting in the audience. He had been their top money-maker in the Detroit area, purchasing and fixing up forecloses to either sell or rent. The young man stood up to receive applause, and spoke into the microphone… in halting, broken English.

The star pupil of this U.S. real estate training operation was not an American citizen, but a man from SWEDEN who had seen the opportunity to get involved in real estate investing in the states. I don’t recall the numbers, but he had made a LOT of money in a fairly short period of time. He had worked both hard and smart to create win-win situations, taking abandoned, dilapidated homes and making them useful again.

What’s more remarkable is that he had accomplished this with a language barrier, little to no capital, grueling cross-continental travel, and without a FICO score or the ability to get traditional bank financing himself. His keys to success had been his willingness to take action, the help of a mentor, a lot of teamwork, an unstoppable attitude and a belief in the opportunity.

I’ll never forget what the seminar leader said next. He pointed out that they had taken their investing seminar to the same Detroit area, but had found it was too difficult to convince the people of Detroit that they were living in a land of opportunity. Even though they needed it more than anyone, Detroit locals couldn’t see the opportunity in their own back yard. Many felt so beaten down by company closures and unemployment that they had become habitually disappointed, blind to possibility and unable to let go of negativity and get out of their own way.

He went on to say that this was actually typical in many depressed areas where circumstances were favorable for investing and homes could be easily acquired at bargain rates. The locals were always the last ones to recognize the opportunity that surrounded them. 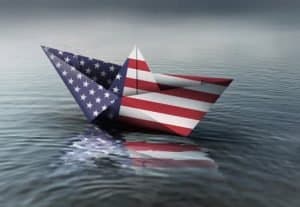 One of my mentors, Adam Urbanski, is from Poland. He immigrated to the United States as a young man with extremely limited English skills and $194 in his pocket, seeking new freedoms and possibilities in the States. Urbanksi co-founded a chain of coffee and bagel shops that were later sold for a tidy sum before he turned 40. He then went on to re-invent himself as a business consultant and marketing expert, growing The Marketing Mentors into a 7-figure business helping independent entrepreneurs and service providers around the world.

As it turns out, immigrants are much more likely to start businesses than Americans who were born and raised here. According to NewAmericanEconomy.org, 20.6% of business owners are immigrants, even though they represent only 13.2% of the population. U.S. immigrants employ nearly 6 million U.S. workers, generating $65 billion in business income. Many are small family businesses, but not all. According to the Brookings Institute, 43 percent of companies in the 2017 Fortune 500 were founded or co-founded by an immigrant or the child of an immigrant. 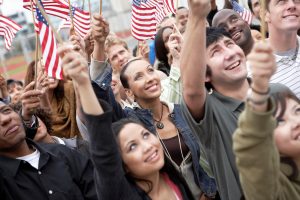 Gary Vaynerchuk, affectionately known to his fans as “Gary Vee,” is the son of Russian immigrants who has grown massive businesses in separate industries. First, he used the power of the internet and “vlogging” (video blogs) to transform his parent’s local liquor store into the nation’s top mail-order wine catalog, WineLibrary.com. (Gary did 1,000 episodes of Wine Library TV, one of the first popular vlogs, and then retired the project.)

Today, Gary helps major brands market themselves with his company VaynerMedia, has four best-selling books, and is an in-demand six-figure keynote speaker at tech and entreprenurial conventions. The secret to his successs? Hard work (he calls it the “immigrant hustle”), a bold persona, and the power of the internet, which Gary knows how to harness as well as anyone.

I heard Gary speak on his first book tour, and could hardly sleep afterwards, his message was so compelling and inspiring. “There has never been a time on the planet when the little guy has the opportunity to compete with the big guys, using only an internet connection and practically free tools.” He urged his audience to become CREATORS of content, not just consumers of content, and to not take the gifts of modern technology for granted.

We have so many opportunities and freedoms here in the United States. Are we USING them? It’s popular in some circles to focus on what “the government” (or, the taxpayers) “should” be doing for us. What are we doing for ourselves? Are we practicing our independence, or perpetuating dependence? Do we envision what could be—or complain about what “should” be?

7 Ways to Celebrate Your Freedom

You don’t have to look far to find examples of how our freedoms are threatened and compromised, from the Patriot Act and post-9/11 airport security to increasing surveillance, the invasion of GMO foods, and corporate media propaganda and censorship.

Fighting against the encroachment of our liberties is a worthwhile cause, but let’s also be sure that we are USING the freedoms we already have. Here are seven ways to exercise your independence: 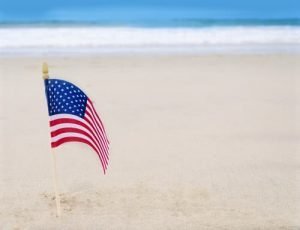 Don’t let “society” make these decisions for you, and don’t let a media obsessed with negative news program your thoughts. Live according to your values and your conscience. Do the things that bring you joy.

Exercise freedom of speech and freedom of expression. In spite of the First Amendment, we have seen many recent challenges to free speech. Perhaps most ironically, “anti-fascist” protestors at Berkeley tried to shut down a talk by conservative commentator Ben Shapiro at Berkley, holding signs calling him a “white supremacist” and a “Nazi.” Shapiro is an observant Jew. “See the funny hat on my head?  It’s called a yarmulke. White supremacists aren’t so fond of it,” Shapiro told the crowd.

Nineteenth century French historian Alexis de Tocqueville said, “I know of no country in which there is so little independence of mind and real freedom of discussion as in America.” Let’s use our freedom of speech to prove that quote wrong. Write a book or start a blog, a YouTube channel or a podcast to express your unique, compelling point of view. Check your facts and communicate your passion. Don’t be shamed into silence. 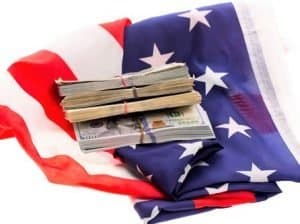 Start a business, be an entrepreneur, or do contract work on your own terms. It is absolutely insane that the majority of Americans let someone else determine their income, their schedule, and their future opportunities for advancement!

In “Why Entrepreneurs Rule the World,” I argue that we must develop our own value in the marketplace. Although being a business owner or self-employed is not always easy, it gives you more freedom—and no glass ceiling.

And make sure you are unplugging from ALL media regularly – alternative or otherwise – to get outside and enjoy nature, a sport, a child, an animal, and some exercise! 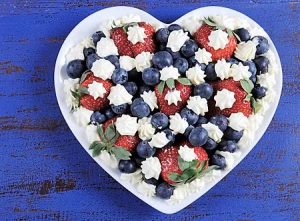 Celebrate alternatives to the mega-corporate junk food machine. Just say no to “Food Inc.” and the GMO-filled, no-fair trade over-processed foods that fill our grocery stores. Eat local and organic, when possible. Support farmers markets and coops. Dine at “farm to table” restaurants or even grow your own food.

What we put into our bodies affects our mood, energy, health, and longevity… so choose wisely.

Get a second (or third) opinion, practice prevention, and seek holistic alternatives to medicine or surgery when possible. Consider that what your doctor (or any professional in a white lab coat) tells you is not necessarily the “truth” or the only option. I want to scream every time I hear a doctor has “informed” someone that their disease is “incurable,” or worse, how long they have to live! How many have outlived those predictions by years, even decades? And conversely, how many could have lived longer if they had been given more hope?

I realize that vitamin C might not fix a broken leg, but placebos, prayer, positive attitudes, and laughter as medicine ala Bernie Siegal are proven to WORK. And as Bill Maher says in his hilarious dose of truth rant about our over-medicated society, sometimes we don’t need a miracle pill. We just need SPINACH.

When I practiced prevention and sought alternative remedies, my own “incurable disease” mysteriously subsided. Healthy food, high-quality supplements and probiotics did more to heal me than 3 doctors and specialists and years of medications that ultimately made me only worse. I practiced my freedom and found find my own pathway to health. 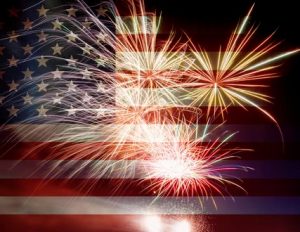 Unplug from the Big Banks and Wall Street system. The current financial system is draining American wallets while subjecting Americans to unnecessary and significant risk. But you have options. Prosperity Economics strategies can help you build sustainable wealth without Wall Street worries.

Diversify your investments with alternatives. You’re not limited to stocks, bonds, and a savings account that grows at a glacial speed. Contact Partners for Prosperity for a complimentary consultation to learn your options.

Consider that the freedoms we do not use are ones we have already lost. Note the many positive examples set by those who do not take our liberties for granted.

Freedom is a gift that should be treasured. You don’t have to be an immigrant to appreciate independence—but whether or not you are, have a happy and safe 4th of July!

Kate Phillips co-wrote Financial Planning Has Failed with Partner for Prosperity’s Kim D. H. Butler. Get your free copy of the ebook as part of P4P’s Prosperity Accelerator Pack.