The Truth About Taxes (Part 2) Will Income Taxes Go Up?

“In 1913 a temporary, never to exceed 7%, income tax was instituted that has not been temporary nor 7% since.”
– Todd Langford, Truth Concepts software 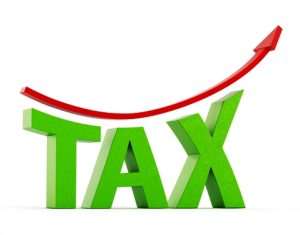 Whether you received a refund or sent a check to the U.S. Treasury, few of us walk away from tax season feeling good about how little we paid in taxes. For most of us, the phrase “death and taxes” reveals how fondly we (don’t) feel about our tax bill.

And yet, it is possible, perhaps even likely, that one day we will look upon 2016 as the “good old days” – a carefree time when paying our taxes was comparatively easy and painless. Just as we may look back and marvel that we (or our parents) once paid only $3,000 for a new car, less than $45,000 for a home, or a mere $600 a semester at a state university, so we may one day talk fondly about the “golden age of low taxes” we are living  in right now.

In Part 1 of “The Truth About Taxes”, we spelled out the difference between your marginal tax rate and your effective (also called actual or average) tax rate, and why calling it an effective tax “rate” is a bit misleading. We also explored why effective rates (actual taxes paid)  are almost always lower than the marginal rates

Realizing your effective tax rate is lower than your marginal rate won’t put any dollars back into your pocket, but it does offer an opportunity to examine what you actually pay, and where you think that tax rates – marginal or effective – might be headed.

Consider this: It is possible that your taxes may never be this low again! While we don’t have a crystal ball, our best guess is that we will see income taxes rise in the future. We offer that educated guess based on the following factors: 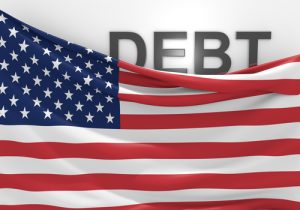 According to the April 14, 2016, cover of Time Magazine, every American man, woman, and child would need to pay a staggering $42,998.12 in order to erase the nearly 14 trillion dollars in U.S. debt. Comparing the situation to that of a $54k per year worker who charges an additional $10k per year to their $223k and rising credit card, journalist James Grant observes, “Of course, MasterCard wouldn’t allow you to run up that kind of tab.”

Factoring in additional trillions the U.S. owes itself (in the form of Treasury Bonds), the U.S. National Debt is now over $19 Trillion dollars, and that amount grows daily by as much as 2.47 billion daily, according to the Debt Clock. Our government is addicted to spending more than it takes in, and any confidence in the financial house of cards is vanishing.

Whether you poll a room full of financial advisors, multi-millionaire investors, presidential candidates or average American citizens, you’re likely to get the same response: most people believe taxes have to rise. It’s no secret: we are living beyond our means as a country, and someone will eventually foot the bill.

Our stressed Medicare and Social Security systems plus  our expanding military presence around the world require increasing amounts of money, and our taxes cannot support the commitments made by Congress. Perhaps the question isn’t IF taxes will increase, it’s WHEN!

The Tax History chart below from TruthConcepts.com demonstrates that we are currently in a period of LOW income taxes, historically speaking. The average minimum tax rate has not been this low since before World War II, and the average maximum rate is substantially lower than any period from the early 1940’s to the early 1980’s.

According to a recent Spectrum Group Study, 44% of millionaires with a net worth of $1 to $5 million worry about having enough in retirement due to future taxes. Taxes were perceived by this group as the biggest threat to their future financial prosperity – second only to rising and unpredictable healthcare costs. As the study noted, “Although there are protections against taxes for older Americans in some savings vehicles, profits taken on many investments are taxed throughout an American’s lifetime.”

It is time for American investors – whether millionaires or newbie investors –  to wise up to the threat that taxation brings to our future incomes. Many investors defer their taxes in retirement accounts, often motivated to save on this year’s tax bill. But does it make long-term sense to subject the “harvest” of a financial seed – your investment  income – to endless taxes?

Funneling money into  401(k)s and traditional IRAs causes the investor to lose control of their dollars. Not only are they usually invested in mutual funds which the investor cannot control (because the market controls the result), but worse yet,  every dollar grown in the retirement account will someday be taxed at an unknown future rate! (And remember, this is a rate that we are predicting will be higher in the future!)

However, there are financial strategies as well as products that can help investors reduce unnecessary future income taxes.

Are You Ready to Escape the Tax Trap?

Typical financial advice recommends putting and leaving dollars in 401(k)s and other tax-deferred qualified plans, often for a lifetime or more – even leaving the accounts as an inheritance for children that will continue to pay income taxes on disbursements.

Perhaps it should be no surprise that the government supports and incentivizes Americans to take advantage of these qualified retirement accounts – because the government is the long-term beneficiary of this plan! By allowing Americans to grow assets first and pay taxes later, the government collects on a much larger amount and is able to “participate” in the gains of the stock market, functionally speaking.

Prosperity Economics strategies, in contrast, gives you ways to reduce taxes. Many people are discovering how to build their own tax-advantaged “pension plan” using high cash value life insurance, which can provide retirement income as well as income protection through the death benefit.

For even greater cash flow and/or growth, we also recommend alternative investments not correlated to the returns of the stock market:

Taxes may increase in the future, but you can be prepared for that possibility. Contact Partners for Prosperity today, right after you celebrate your low, low tax rate!