The True Cost of Financial Mistakes 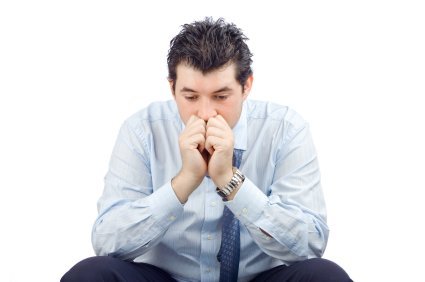 “More people would learn from their mistakes if they weren’t so busy denying that they made them.”
-Anonymous

Have You Ever Made a Bad Financial Decision?

A September 18, 2012, press release for a Consumer Federation of America report revealed that 67% of middle class Americans acknowledged making a “really bad financial decision,” one that resulted in an average loss of $23,000. “Middle class” was defined as households with an annual income between $30,000 and $100,000.

Did upper income Americans (those with household incomes in excess of $100,000) fare better? Not exactly; a slightly smaller percentage – 61% – reported making a really bad financial decision, but the resulting averaging loss was $61,000 – an increase of 265%. (Apparently money alone doesn’t make you smarter.)

Here are other interesting findings from the survey: While over 80% of the respondents rated their ability to make financial decisions as “good” or “excellent,” the survey also found a strong correlation between financial loss and the absence of expert financial input. In fact, among the middle class cohort, 17% said they “wouldn’t seek any information or advice, and just make a decision.”

So…while almost two-thirds of the respondents acknowledged making a “really bad financial decision” (and almost half, 47%, admitted making more than one), four-fifths of those surveyed said they were “good” or “excellent” at making financial decisions. And at least one fifth of the group was so confident that they wouldn’t want any outside input before making their “good” or “excellent” decisions. Something is not adding up here!

Maybe it would help to put the cost of these really bad financial decisions in perspective. The loss that results from a bad decision is not only the immediate dollar amount, but also the opportunity cost – what could have been earned in the future if the money had been retained. For example, suppose a bad financial decision that results in a $50,000 loss, occurs at age 40. With life expectancy now approaching 80, the financial impact of this decision generates a pretty lengthy opportunity cost period. If a 5% annual rate of return is used, the 40-year opportunity cost of a $50,000 mistake is $351,999 – a seven-fold increase! (see Figure 1). 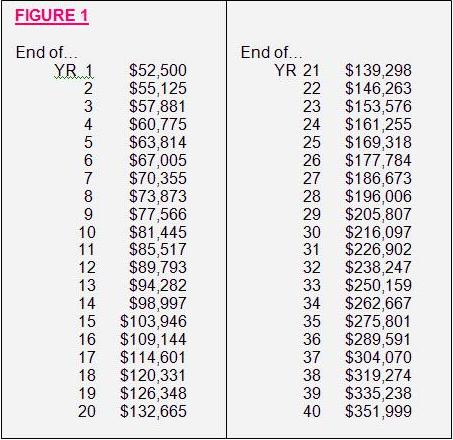 Opportunity cost is the hypothetical calculation of a very real financial concept. Although the rate of return and amount used for calculation are variable, the point is important: lost money has an ongoing and increasing cost. Keeping this in mind, we make some further observations:

1. In terms of impact, the most costly financial mistakes are the ones made early in life, because the lost opportunity cost accrues over a longer period of time. This puts a very different perspective on the too-common encouragement from financial planners to younger clients to be more aggressive and take greater financial risks earlier in life. The rationale is that younger investors can “afford” to take risks (for instance, investing most or all of their money in stocks) because they’ll have more time to recover from losses. But in reality, early losses actually only lead to larger deficits later, because, like assets, their impact will grow with time.

3. The best financial advice is not the kind that squeezes more return out of your existing assets, but one that helps you minimize losses. It may not make for as interesting cocktail conversation as trying to predict which company stocks could bring millions to shareholders, but it delivers consistent, profitable results. Don’t choose your advisors and strategies based on hope, optimism, or ideal “upside potential,” but rather on the safety and sustainability of recommended methods. Good financial counsel may not guarantee you against all loss, but the research shows that most individuals are not as financially savvy as they think.

There is another, perhaps less obvious cost to financial mistakes: the emotional toll. Financial shame and regret can be paralyzing, contributing to low self-esteem, avoidance of money matters, even “financial infidelity,” which is the term for when spouses and partners hide their investment losses or over-spending from their significant others.

What can be done to mitigate emotional impact of bad financial decisions? Financial therapist and coach Kate Phillips says the first step is one not generally associated with finances:

“The first step in financial healing is Forgiveness. Did you lose a home to foreclosure, your child’s college fund to the market, or your savings to a ponzi scheme your brother recommended? Forgive yourself. You did the best you could at the time with what you knew. Forgive the market, the boss that laid you off, the brother that got you in the bad investment. Then… make use out of the mistake by learning from it and changing your habits or strategies.”

Phillips advises clients to reframe the situation, to see the “bigger” lessons. See the “money stuff” as an invitation to learning and personal growth. She also coaches people in financial recovery to be gentle with themselves. Rather than dwelling on what they label “mistakes” and “failures,” if they move forward free of regrets with the wisdom gained from the experience, their mindset can expedite financial recovery.

Don’t make another one by going it alone. Consult your Prosperity Economics advisor, or Contact us today. We also highly recommend “the book that could cost your financial planner a lot of money” – Busting the Retirement Lies