The No-Buy-Year Movement: Freedom from Overspending 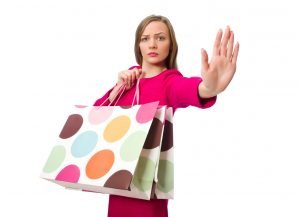 I declared to myself I would buy no clothes and no skin care products in 2019. I had plenty of clothes and there was nothing I needed. And although I do attend professional events and conferences, much of my time is spent home on the farm, where I dress in jeans and the alpacas don’t care. And embarrassingly, I had a whole drawer of skin care products I had received on autoship… barely used. And so, in these two categories, I declared a “no buy year.” And so it was! It felt so good to actually USE what I already had rather than buy what I didn’t really need.

Although I didn’t realize it at the time, there is a growing whole “No-Buy Year” movement! Kate Phillips, my article co-author, helped me research the trend that is helping thousands of consumers free themselves of patterns of overspending.

Could a no-buy or low-buy year (or perhaps a no-buy month) make a difference for you? Could it lead to a personal or financial breakthrough? Read on and see!

Hailey Evans was trapped in a job that was making her miserable. She longed to leave her 9 to 5 to have more time to travel and pursue freelance projects. Yet—as Hailey confessed in a very personal-yet-public YouTube video—she had created a financial trap for herself. Trapped in a cycle of “work, spend, debt, repeat,” she needed the job she didn’t like to pay for things she didn’t actually need.

Hailey’s job fueled a sense of dissatisfaction and frustration, and that unhappiness fed a desire to over-spend. The spending made her feel better—temporarily—but it only made leaving the job seemingly impossible. Something had to change! 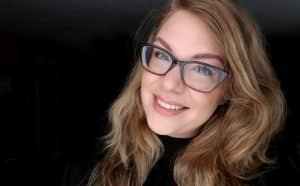 In 2019, something did change. Hailey declared it a “no-buy year.” Following the inspiration of others who had gone before, she decided on her no-buy rules and committed to a year of extreme frugality. Hailey decided what she would spend money on (groceries and other acknowledged necessities), and what she would not spend money on (eating out, clothes, cosmetics, and all unnecessary shopping).

A couple months later, Hailey quit her job and didn’t look back. As she recounted in December of 2019, nearing completion of the no-buy year, her life had completely changed. Without the job, Hailey found time to grow her business as a make-up artist. Her side job became her main gig. She spent a month backpacking in Europe, volunteering and making friends in Greece. She spent far less and lived more richly.

Hailey’s life had changed, observably. But Hailey had changed, too. She was more grounded. More confident. Visibly happier and more comfortable in her own skin.

Hailey’s spending is now focused on what she needs and what she loves. Her time and energy are spent on what matters to her—not what the consumer culture expects of her. She wore the same dress to several weddings and events one year (and didn’t care when someone noticed). She let her boots wear out rather than replacing them at the first signs of wear. She has invested in travel, experiences, and relationships rather than clothing, cosmetics, and cocktails.

Hailey displays a new, simpler style that reflects her true values. She has discovered a new-found freedom, and found herself a co-leader in a growing movement. 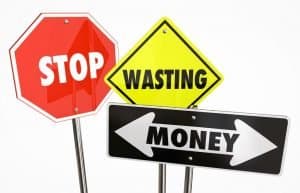 “No Buy,” “Low Buy” and “No Spend” trends abound in videos, Facebook pages, and Reddit forums.  The Makeup Rehab Reddit forum has grown to over 75,000 members seeking support in dramatically scaling back their purchases of make-up and skin care. The no-buy movement has captured the imaginations of (mostly) women, mostly North American or European Millennials and Gen Xers—although no-buy adherents can be of any age, gender and background.

“No buy” is a misnomer, as extremely few adherents actually attempt to stop spending altogether. The movement is really about learning to spend consciously, in alignment with one’s values, rather than compulsively. The path to get there just happens to be going “cold turkey” on consumer purchases through a months-or-year-long period that functions as a “spending detox.”

A “no buy year” online search will reveals numerous heroines of the frugal kind, such as Christine of Style Apotheca, poet and clothing designer Hannah Louise Poston, and Cinzia DuBois, a freelance writer and “Personal Philosophy Project” YouTuber based in Scotland. They each found themselves spending too much, too automatically. And all of them proclaim that their no-buy year has changed their lives—a sentiment heard often in no-buy circles.

While at first glance the movement appears to be driven by anti-consumerism, it’s really a move towards intentionality and sustainability. While some no-buy adherents may display rigid legality or judge differing views on what is a “necessity,” the true spirit of the movement is characterized by personal freedom, self-reflection, emotional mastery, and greater personal choice. It’s not that buying retail is bad—it’s that the compulsion to engage in retail therapy should not drive our spending.

Victories of no-buy periods are often expressed in emotional and behavioral terms. Fashion-beauty entrepreneur Ingrid Nilsen says her low-buy year allowed her to face the fact that she was using shopping as a way to avoid feelings of boredom, loneliness, and the pressure of keeping up with the Joneses on social media.

According to published research, about 5 percent of the population struggle with addictive or compulsive spending. Compulsive buying is more prevalent among younger populations, especially students. The impact of compulsive buying includes large debts (58%), guilt (46%), inability to meet payments (42%) criticism from acquaintances (33%), and in extreme cases, legal consequences (about 8%). And although compulsive buying tends to decrease with age and maturity, the problem is on the rise in market-driven societies where young people with access to cash or credit face a consumer culture they aren’t quite prepared for.

The no-buy movement is a personal growth challenge that also has a HUGE impact on one’s personal finances. The desire to save is often the impetus for change—and the savings are substantial. British author Michelle McGagh, who wrote a book and did a TED talk on her No Spend Year, saved over 22,000 pounds in one year—approximately $26,000—a figure far beyond what she had ever saved previously. And although there were tough challenges, it wasn’t all drudgery. Michelle and her husband enjoyed their “no spend vacation” of cycling and camping so much, they planned to repeat it. 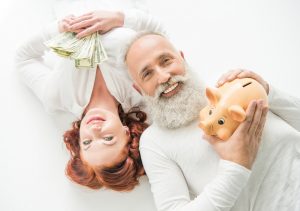 The original “buy nothing year” roommates, Geoffrey and Julie of Calgary, Canada, socked away a combined $55,000. For Geoffrey, the higher earner, his savings represented a whopping 65% of his take-home pay. Before their radical experiment? “I used to live paycheck-to-paycheck,” he confessed. “One of the biggest lessons I learned is that there is an alternative to being a consumer—which is to be a saver.”

And the no-buy movement isn’t just for high earners with lots of disposable income. Cinzia of The Personal Philosophy Project describes herself as a minimum wage earner who has never made even close to $20,000 per year. Yet she was able to save an impressive 45% of her income during her 2019 no-buy year.

One of Cinzia’s money-saving tricks? Re-focusing her time and energy on free activities she enjoys. In response to viewer questions on what to DO when not spending money, Cinzia gave many options, including:

Cinzia did not spend money on: clothes, accessories, books, sugar, alcohol, home décor, apps, new technology, or dining out. But rather than focusing on restriction or deprivation, she urges people to think of a no-buy challenge as a time of personal investment over material investment. And remember—you make your own rules! Cinzia classified fitness and education as essentials in her no-buy year. Therefore, she had no spending restrictions on dance or fitness classes and learning experiences—things she enjoyed immensely and found herself even more invested in.

5 tips for no-buy (or low-buy) success

First, know WHY you are taking on the challenge. Know why you want to change your spending habits in the first place. Is it to save money for a home down payment? Pay off your student loans? Save for travel? A specific goal will help keep you motivated!

Second, determine your own rules. What will/won’t you spend money on? How long will the challenge last? Are there things you won’t spend any money on, or perhaps you want to cap your spending? How will you handle special challenges or situations?

The more clarity you have on what “success” looks like for you, the more success you will have.

Third, expect resistance. No-spend challenges are life-changing precisely because they force us to re-think our spending patterns and choose new habits. This process can be uncomfortable at times. It may cause you to question past assumptions and choices, or even redefine your own identity. Re-aligning your spending with your values isn’t always easy, but it IS worthwhile.

Fifth, have a structure for accountability and support. This could include enlisting friends and family, joining an online group, getting a no-spend accountability buddy, or starting your own YouTube channel and declaring to the world your intention.  Just make sure you’ve got someone/somewhere to go for support, especially when the challenge becomes challenging!

Are you ready for a No-Buy Challenge? 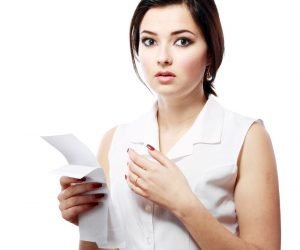 We like the phrase, “Start small, go slow.” A cold-turkey no-buy year might be setting yourself up for failure. However, you can get some of the same benefits by starting with a no-buy week or month, or opting for a “low-buy year” by choosing a few no-buy categories or setting spending caps.

My (Kim’s) clothing and skin care no-buy year was a definite success. It’s the type of thing I would recommend and consider doing again! Kate is considering a no-buy month or two in 2020, perhaps in the form of a Facebook challenge.

Have you had no-buy successes? Do you plan on taking on a similar challenge in the future? We’d love to hear about it in the comments!

—by Kim  Butler and Kate Phillips