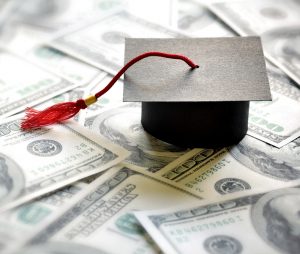 Taming the High Cost of a College Education

“Education costs money, but then so does ignorance.”
– Sir Claus Moser

A high school senior, Delilah Moore, was accepted to her dream school, Oberlin College. And after days of soul-searching, number crunching, and seeking advice on Reddit, she turned down her #1 pick. The reason? According to the April 28 Yahoo! Finance article, “I Decided Not to Go to My Pricey Dream School and I’m So Happy About It,” the decision “came down to the money.” This is financial planning for college students at its best.

Listed as one of Money.CNN.com’s 2015 top ten priciest colleges in America, Oberlin’s tuition alone is over $50k. Add on another estimated $13,700 for room, board, and other expenses, and the bill for one year of undergrad education tops $64k.

Moore was given a relatively generous financial aid package, including an $18k scholarship and a $5k grant. She could also count on her parents for $10k per year. But the gap between her available financial resources and costs was simply too large. She’d rack up $41k in debt her first year alone, and that number could increase each year.

Evaluating whether it would truly be worth $100k more to get her degree from Oberlin than from her state school choice (where she did not qualify for financial aid, but costs were much lower), Moore decided she was not willing to shoulder the financial burden that a pricey private school would bring her.

Moore also considered that her history major degree wasn’t likely to help her land a high-paying job, and pursuing graduate school, which she intended to do, would only add to her total college debt. Content with her decision, she registered for her #2 choice – a state school that would save her about $100k over an Oberlin degree.

Perhaps more students should evaluate the impact of their future debt like Miss Moore. According to MarketWatch.com, approximately 40 million Americans owe about 1.2 trillion dollars in student loans. That’s the equivalent of about 1/14th of the US GDP!

As reported in a June 11, 2016, article on US Today.com, this year’s graduating class has set a new record for debt. The average student is now graduating with just over $37k in student debt, says  Mark Kantrowitz, publisher of Cappex.com, a college resource website.

Perhaps more alarming than the volume of debt is the default rate. April 7, 2016, WSJ.com article title sums it up: “More Than 40% of Student Borrowers Aren’t Making Payments.” The number is actually closer to 43%, which includes borrowers who are behind as well as those who have sought deferrals due to temporary financial emergencies, such as unemployment. One in six has not made a payment for a year or more.

How Much Will That Degree Cost!?

As reported by collegedata.com, a recent survey of by the College Board found that “moderate” college budgets for the 2015–2016 academic year averaged $24,061 for an in-state public college and $47,831 for a private college. These budgets included tuition, room and board, books, supplies, and additional costs such as local transportation, school fees, and personal expenses.

But before you get our your calculator to multiply those figures by 4, keep in mind that a mere 19% of students are graduating in 4 years, according to a 2014 research report aptly titled, “The Four Year Myth.” What happens to the other 81%? Some dropout, and for the rest, the average graduation time has now stretched to 6 years, due to school transfers, changed majors , breaks for work and travel, and more.

Additionally, according to finaid.org, college tuition tends to inflate at about 6-9% annually, so just when you think you have a handle on college costs, they rise.

And we’ve only mentioned the costs undergraduate degrees so far. In the hilarious video below emphasizing the need for better college planning, the student proclaims, “But then I’ll realize there’s no way I can pay off the debt with the major I’ve chosen, so I’ll hide out in graduate school for a few years… and that’s where I’ll really rack up the debt!”

How Much is College Worth?

The data shows, based on analysis of Labor Department statistics by the Economic Policy Institute in Washington, that “Americans with four-year college degrees made 98 percent more an hour on average in 2013 than people without a degree.” In dollar figures, this translates to earnings of approximately of $1.19 million, essentially twice the earnings of those with no college, and about 40% more than those with 2-year degrees.

In other words, the average person with a bachelor degree graduate earns multiple 6-figures more over a lifetime. This puts the $37k average student debt in perspective.

And the pay gap is growing between the “have degrees” and the “have not” degrees. One of the conclusions of The Hamilton Project’s research was, “College degrees may not be a guarantee of higher income, but they come closer than just about any other investment one can make.”

7 Ways to Reduce the Burden

Many families feel they have no option but to sink themselves deep into debt. However, with some strategizing and perhaps a bit of compromise, you can beat the statistics. Here are 7 ways to spend less on college!

AP (Advanced Placement) programs are offered in many high schools that can help high school students earn college credit before they graduate, and/or test out of required courses by demonstrating proficiency, thus reducing the college credits needed.

Even when all credits are not as transferable as hoped (they might be accepted as elective credits but not for core classes at some universities), students reported that the AP classes helped them be better prepared for college.

2. Begin at a community college. 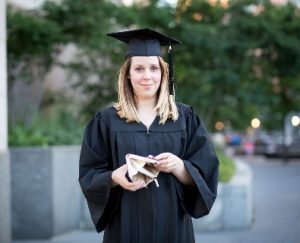 Starting a college career at a community college can make a lot of sense. Credits transfer easily to four-year institutions where the student can then focus on their areas of interest, with math, writing, and other requirements out of the way. Some community colleges are beginning to offer 4-year degrees at remarkably affordable prices.

“I’m going to finish college with an RN degree and next to no debt by attending a community college,” celebrated  Mark F., as quoted in a Community Action Duluth newsletter. ” I pay $4,000 a year when my friends are going up the road to a university and paying $20,000 for the same degree!”

3. Learn where you are planted.

Four-year institutions are more expensive, to begin with, but part of what makes college so pricey is that fact that most high schoolers move out to attend college, adding room and board to their tuition expenses.

“Our daughter is commuting to a four-year university twice a week, while also attending a local community college twice a week for courses that will transfer to the university. She finished her freshman year debt free by doing this and living at home while she can,” said Elizabeth R., commenting on a financial blog that asked readers to share their experiences.

Beth’s two sons received a total of $18k in scholarships their first year of college, the result of spending two hours every other Sunday afternoon researching and applying for scholarships. Beth’s advice to others is to “make scholarship hunting a part-time job… It will work.”

Good online resources to help you start your scholarship search include:

– but don’t neglect local organizations and, of course, find out about scholarships offered at the schools you are considering.

Besides the financial benefits, there’s something to be said for encouraging the student to “have skin in the game.” People don’t tend to value what is given to them as much as the things they have earned. Students are more invested in their success – literally – when they participate in paying for college.

Plus, students can gain valuable experience and confidence through work. And even if a student takes fewer credits at a time and takes longer to graduate, they’ll actually have a financial “head start” if they can avoid a mountain of debt.

Chris O. shared his tips for graduating debt-free with others on a Facebook page dedicated to reducing debt. “I planned for college ahead of time by joining the military, saving for years before I got out, and getting three well-paid internships. When I finished school, I had no college debt and money in the bank.”

Too often, students take the full amount of loans offered because they can, or because they don’t know they have an option to only borrow what they need. But once it’s in their bank account, it’s easy to just spend it all.

“My biggest piece of advice is don’t borrow for a lifestyle you want, borrow if and when you have to,” said Sam C., a financial aid officer in a comment on a financial blog. “Do your homework before moving in on campus. Can you afford it? If not, make other arrangements.” 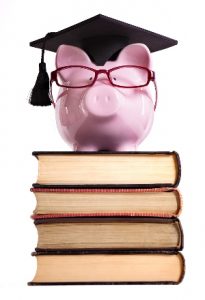 Whether or not you think you or your child will be eligible for financial aid, you should fill out a FAFSA (“Free Application for Federal Student Aid”) and apply – on time – to every school you are considering. Just because you don’t qualify for financial aid at one college doesn’t mean another won’t offer a grant or scholarship.

Understanding how financial aid offices decide grants and scholarships, you can help you increase your chances of qualifying for more. For instance, many parents do not realize that 529 plans and other college saving vehicles may actually sabotage their student’s chance for financial aid! That’s because they are counted as college money on the FAFSA application.

Money in IRAs and 401(k)s are not counted as assets, but those are a poor option for college funding. Not only is that money needed for retirement, but you’ll pay taxes and penalties to tap those accounts early.

However, there IS a place where money  can be saved and used for any purpose… where it can grow tax-deferred, and be borrowed against without taxation or penalty, and where it won’t be considered an asset on the FAFSA application. We’re talking about whole life insurance cash value. Savvy parents are starting whole life policies rather than college savings plans because it gives them the greatest amount of flexibility.

Saving with whole life insurance means you’ll never forced to spend the money before a certain age or only be able to use it for a certain pre-approved reason. Not only does whole life lock in your gains each year, but the permanent life insurance protection can guarantee that a college education can be funded even if illness or disaster strikes.


Higher education is a wonderful way to grow our minds as well as our incomes and careers. It’s also a strong predictor of success. But that doesn’t mean you should pay more for a degree than what is necessary. We owe it to ourselves and our children to not let the cost of college become a burden.

There are also alternatives to a traditional education that can be considered. Online learning, mentorships, and entrepreneurship can be excellent choices, too, so don’t feel locked into the traditional college degree model as the only option.

Learn more about these strategies by reading our Ultimate Guide to Financial Planning Myths.

Are your financial strategies meeting your goals?

Partners for Prosperity and Kim D. H. Butler offer The Prosperity Pathway, a fee-based financial advising process to help you get and stay on track with Prosperity Economics strategies. Contact P4P today to find out more.