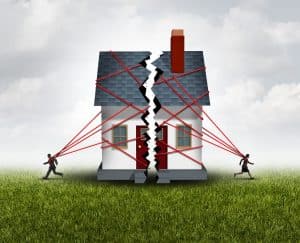 Emotional Assets: The Things You Can’t Bear to Part With

“He was thirsty for pieces of family history, as if acquiring some of the “intangibles” he could acquire some of the intangible past that had been stolen from him.”

—George Howe Colt, The Big House: A Century in the Life of an American Summer Home

Early in The Big House, his acclaimed memoir about the summer house on Cape Cod that had been in his family for several generations, George Howe Colt reveals that the family is selling it. “I can hardly believe it as I write these words,” he notes, observing that the “financial issues are entwined with emotional issues far more formidable.” The book explores these emotional issues—issues that make up what Ruth Kennedy Sudduth, director of residential services at Landvest, a high-end real estate brokerage, calls “emotional assets.”

Emotional assets, or “Big House assets,” as Sudduth dubs them, referring to Colt’s book, are actual assets that have emotional strings attached. The emotional asset could be a house or farm or piece of land you want conserved (and don’t necessarily need to own), or even a piece of jewelry or family portrait. It is these emotional assets (which do not necessarily have the same emotional pull for everybody) that stir family battles over inheritances—oftentimes far more than money itself. And it is also these emotions—and perhaps an unwillingness to deal with them—that makes dividing an estate problematic and causes people to put off attending to their estate and writing a will or trust.

Sudduth runs into this often, and she recently conducted a workshop about emotional assets with a group of women (some who are potential beneficiaries of inheritances, others who are in the process of making bequests) that was so compelling that she wrote about it, which piqued my interest. We gave her a call and asked her to elaborate. Here are some of her thoughts and advice.

Know the facts about the worth of an asset.

Hello? How hard could this be? Actually, this is “not an insubstantial exercise,” Sudduth says, pointing out that it’s often difficult to figure out what a property or piece of art is worth financially—or who really cares about it, or why they care about it. “Sometimes the facts are complicated,” she says.

For example, we know of a gentleman who perchance was able to buy a portrait of his great great great grandfather—at auction. Who put it up for sale? None other than his brother, who claimed he had no idea his sibling wanted it; had he known, he would have gifted it. As implausible as this sounds, there may some truth to it—something better understood if you know the delicious love story (a.k.a. “complicated facts”) behind it.  Let’s call the gentleman Bob.

Bob was named after his mother’s favorite cousin, who owned the portrait for years. The cousin initiated Bob’s lifelong addiction to exercise, taking him to places like the West Indies. He was Bob’s role model, and he called Bob the “General”—nicknaming him after the subject of the portrait, an esteemed ancestor.

When Bob was 17, he fell in love with a 15-year-old Catholic girl. His cousin disapproved, and Bob was summoned to Boston for indoctrination and encouraged to disavow his love. Instead, he married her. As a result, though, lost his status as most favored heir. The cousin no longer called him the General, and he disinherited Bob from receiving family treasures —including the portrait of his great great grandfather, for whom he was nicknamed.

Although Bob reconciled with his estranged cousin on his cousin’s deathbed, he did not see the portrait again until years later, when he saw it at the auction. To him, reclaiming the portrait meant reclaiming a formational piece of his childhood.

Develop a process for talking about the elephant in the room. 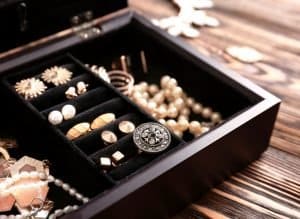 In Sudduth’s workshop, one of the attendees came from a family of relatively new wealth in which the parents did not want to talk about what they owned. This is not that unusual. As so often happens, acknowledging that the family had wealth was hard. The attitude was, “Yes, we have it, but we don’t want to talk about it.”

While there is no way to rush such a discussion, Sudduth also says it’s important that you work toward a process for having that conversation. But, she adds, give it “some breathing space.”

“The family process may take years to evolve,” she says, noting that people cannot always talk about things; for example, they may be distracted—by, say, something like cancer. “People’s thinking changes,” she observes, “and they become ready to talk about things.”

A good first step: Talking about why it’s so difficult to talk about, she suggests.

For her workshop attendees, the most compelling idea was to bring in a third party to facilitate the conversation. That said, people were leery of professionals who come up with “solutions” they have in mind (living trusts, life insurance, conservation easements) when nobody is ready for the product.  “The family tunes out,” Sudduth says. “I’ll encounter these families that have been through a zillion providers, all seeking solutions. And the essential family problem—communication—nobody has addressed that.”

Rather than trying to sell a solution, the idea is for the third party to simply facilitate a conversation about process and to gauge peoples’ sentiments.

“It is about respecting where people are at,” Sudduth explains, “and almost inventorying that before you even start inventorying stuff.”

The idea here is to be conscious of and attentive to the emotional aspect of certain assets. Sudduth suggests not just counting up how much things are worth financially, but also what they are worth emotionally to different heirs.

The example she cites: a situation where conserving a property can be far more important than getting maximum dollar for it. Perhaps family member wants to conserve the property, and another just wants money.

Sometimes, doing the right thing with an asset is valued more than getting top dollar. Consider the story of what happened to the portrait of James Roosevelt, the father of President Theodore Roosevelt. It landed in the hands of a dealer, who was directed to contact one of the grandchildren.

When the dealer brought it through the door of the building, he recalled in a letter, he could see the grandson’s “unabated excitement.”

After selling the piece (“I probably could have commanded a fortune for this piece, but it was one of those moments for me where the profit was secondary to the placement of the object,”) they carried the picture into a boardroom at the back of the building where there was a wall covered with Roosevelt family portraits. In the place behind his chair at the head of a conference table was a photo of this very painting. A family member in need of money during the Depression had sold it—and the grandson had been searching for it for 50 years.

The process for dividing assets has to reflect the values of the family. 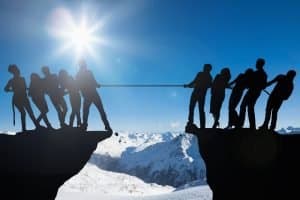 If the process for dividing assets does not mirror the values of the family, there could be trouble later on—i.e., a lawsuit. But a process that works for one family may be totally wrong for another.

For example, Sudduth recalls one family that chose drawing straws, a common process. “It didn’t really matter after the first straw was drawn,” she says, “because there was only one thing people cared about. So while it was a fair process, it was incredibly unfair.”

In that case, she says, it may have been better if whoever got the first straw had to forego, say, the next eight rounds of choosing. Or, she suggests, if there is only one object everybody cares about, maybe the heirs can share it by switching who has it every three years.

In the right situation, it could be a way of keeping the family together, says Sudduth. “You have this process of rotating this ring, and it’s kind of a ceremony. But it depends on the family. Some people would just roll their eyes, and others would want the ritual.”

Use life insurance to balance out hard-to-divide assets in an estate.

We suggest this to make dividing emotional assets—or any assets—so much easier! Perhaps one heir wants the jewelry collection, the sailboat, or summer cabin, while their sibling couldn’t care less about the asset. The sibling can then be compensated for their “half” with cash from an insurance policy.

Of course, life insurance is also a fitting solution for dividing financial assets as well as emotional assets! It can maximize an estate while minimizing taxes, allowing to you pass on more to your loved ones and less to Uncle Sam. Contact us today if we can provide you with:

As your Partners for Prosperity, we are here to help!