“There are two predominant mindsets in the world competing for your attention: scarcity and abundance. 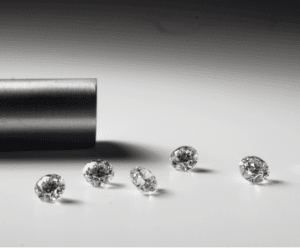 This week’s post is a reprint of an email from Peter Diamandis. This same topic is covered in greater detail in his book, Abundance: The Future is Better Than You Think. I am grateful to count Peter as a mentor and to be able to share Peter’s wisdom on the possibilities for an abundant world.

This week, a new company called Diamond Foundry announced that it is able to “grow” hundreds of perfect, “real” diamonds (up to nine carats) in just two weeks in a lab.

Announced “above the line of supercredibility,” with the backing of Leonardo DiCaprio and 10 billionaires, my friend Martin Roscheisen is about to disrupt an industry that has been built on scarcity for centuries.

More details on Diamond Foundry in a second… but in the meantime, this audacious company really begs the question: what is truly scarce?

This blog is intended to have you ponder that question, and hopefully realize that technology is a force that converts the seemingly scarce to abundant.

The Lesson of Aluminum

Thousands of years ago, a goldsmith brought an unusual dinner plate to the court of Emperor Tiberius.

The plate was a stunner: made from a new metal, very light, shiny and almost as bright as silver. The goldsmith claimed he’d extracted it from plain clay, using a secret technique, the formula known only to himself and the gods.

Tiberius, though, was a little concerned (and perhaps jealous). Instead of giving the goldsmith the regard expected, he ordered him to be beheaded.

This shiny new metal was aluminum, and that beheading marked its loss to the world for nearly two millennia. It next appeared during the early 1800s, but was still rare enough to be considered the most valuable metal in the world. In the mid 1800’s, Napoleon himself threw a banquet for the king of Siam where the honored guests were given aluminum utensils, while the others had to make do with gold.

Aluminum’s rarity comes down to chemistry. Technically, behind oxygen and silicon, aluminum is actually the third most abundant element in the Earth’s crust, making up 8.3 percent of the weight of the world.

But you can’t dig up chunks of pure aluminum because all of it is tightly bound as oxides and silicates in a brown claylike material called bauxite.

Historically, pure aluminum was so difficult to separate from bauxite that it was worth more than gold and platinum.

It was the creation of a new breakthrough technology known as electrolysis, discovered in 1886, that changed everything. The Hall-Héroult process, as it is now known, uses electricity to liberate aluminum from bauxite.

Suddenly everyone on the planet had access to ridiculous amounts of cheap, light, pliable metal.

There are countless examples of technology transforming scarcity into abundance – in fact, I co-authored an entire book on the subject.

Technology is a resource-liberating mechanism.

Speaking of… Now Diamonds are Abundant 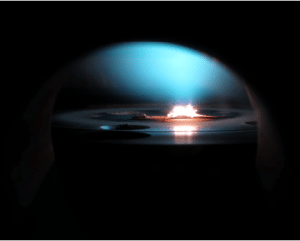 Raw diamonds account for roughly $15 billion in sales each year.

But a Bain report points out, that value is increased downstream: “As $15 billion in rough diamonds becomes $24 billion in polished diamonds, which in turn goes into diamond jewelry with a resulting retail value of $71 billion.”

The biggest problem: the diamond mining process is very expensive and difficult, and the industry has been rife with conflict, violence and corruption.

Enter the Diamond Foundry: they are now “culturing diamonds” in a California lab, rather than mining them from the Earth.

How does it work?

The process doesn’t yield traditional “synthetic” diamonds, but instead 100% pure diamonds with the same molecular imperfections of the diamonds you’d find in the Earth – largely because they start as natural diamond.

As a recent Forbes article explains, “An investor in Diamond Foundry likened the process to growing a plant. You need a seed from another plant for a new one to grow. In this case, a small slice of a natural diamond is used as the base, or “seed,” to grow new layers on top of the crystal until new diamonds are formed. Then that “seed” base is scraped off and reused to grow new diamonds. 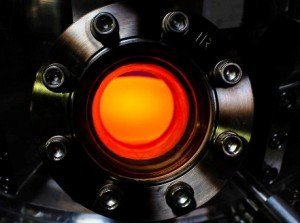 These diamonds are grown in a very hot reactor that reaches about 8,000 degrees Fahrenheit.”

“Diamonds are born from a fiery heat, so we set out to create a plasma of unprecedented energy density,” the company explains.

Diamond Foundry leverages a plasma that allows atoms to attach themselves to the thin slice of Earth-extracted diamond.

The atoms then stack on top of that natural diamond, layer by layer, until a pure, jewelry-grade diamond is formed.

Hundreds of these diamonds can be formed at once in just a few weeks, the largest so far weighing nine carats.

Diamonds, once a scarce resource, are perhaps quickly becoming abundant.

So what is truly scarce?

There are lots of things that are still scarce – but, as I wrote in my New York Times bestseller, Abundance: The Future is Better Than You Think – it’s only a matter of time before they become abundant. Health, access to the best education, labor, energy, water… even time.

Scarcity is contextual, and with the accelerating rate of technological innovation and the convergence of key exponential technologies, I believe we are rapidly approaching a world where nothing is scarce and everything, to some degree, can become abundant.

Join Us in Abundant Thinking

These are the sorts of conversations we explore at Peter Diamandis’s 250-person executive mastermind group called Abundance 360, of which I (Kim Butler) am grateful to be a member. I’m also grateful to be an associate coach and participant in Dan Sullivan’s Strategic Coach program.

Please share this with your friends. We can use more abundant thinking in a world in which most people imagine we are trapped in a reality of scarcity… (and so it is.) Let’s change that together.