Design Your Own Pension Plan

“Chase your passion, not your pension.”
– Denis Waitley 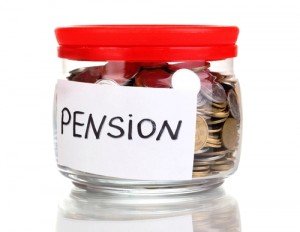 Although variations on the pension plan have been with us since the formation of the United States, there is a very good chance they will go the way of the carrier pigeon and the dodo. While not completely extinct yet, it is clear that we can no longer rely on the pensions of yesterday to provide for our future needs.

What can we learn from the rise and fall of pension plans, and where can we go from here to put control back on our side?

The Ascent of the Pension Plan

The first government pensions came about to help fund disabled soldiers and widows of the Revolutionary War. When a husband passed away, it was difficult for women to remarry, as it was for them to become landowners or acquire gainful employment. The U.S. government began issuing limited pensions (often in the form of land or animals, not cash) to protect disabled veterans and war widows in the late 1700’s from destitute poverty. 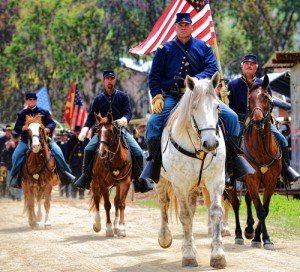 The military pension system expanded dramatically after the Civil War, as pensions were issued to anyone who had been honorably discharged after serving as little as 90 days in the Union Army. Then in 1904, President Theodore Roosevelt issued the “Executive Order for Old Age Pensions” which increased pension payments based solely on age, regardless of injuries. This opened the gate to many other similar age-related benefits and entitlements. At its peak, the Civil War pension system consumed approximately 45 percent of all federal revenue and was the largest department of the federal government (other than the armed services).

Pensions rose quickly during the post-WWII era. America had shifted away from an agrarian economy to one based on manufacturing and production. New urban centers and industries sought workers. The industrial and corporate pension, based on the military pension model, became an integral element of employment packages. Changing tax laws also allowed employers to take tax deductions based on their plans.

Workers grew used to the notion of working for a single company until retirement age. It was taken for granted that workers and their families would be well-cared for by companies, unions and Social Security.

Initially, most pensions were of the simple “defined benefit” variety. Employers set aside funds to be distributed to employees at the culmination of their professional lives.

In 1971, when the US government moved away from the gold standard and the Treasury started dramatically expanding the money supply by printing more, runaway inflation resulted. The dollar weakened and bought less. By the late 1970s, a combination of the weaker dollar, economic troubles, and the collapse of unions cracked the foundation of the traditional defined benefit. Census figures for 1980 showed a high of 46% of Americans were covered by a private pension of some sort. Since then, that percentage began steadily declining, accompanied by a decline in personal savings rates as well.

New accounting rules led to the formation of the 401(k), a “defined contribution” plan. Responsibility for saving was shifted from employer to employee as employers began putting a portion of employee earnings into accounts that were increasingly invested in stocks and bonds, often growing and shrinking according to the market.

Initially, many plans saw employers matching the funds contributed by employees. This practice has faded away, with up to 100% of contributions now coming from employees themselves in many companies. By 2011, only 3% of private sector jobs provided a defined benefit pension.

Another significant shift over time is that both pensions and 401(k)s have shifted away from saving (growing money safely) and into speculative investing. The result is that both pensions and 401(k) plans offer no real guarantees for employees. From airlines to steel companies to the auto industry, many pensions have been severely underfunded or have failed entirely. Companies and employees alike have suffered, and the only winner here seems to be Wall Street, whose workers now earn twice as much in bonuses alone as the much larger pool of full-time minimum wage workers, according to the U.S. Department of Labor blog, quoting an Institute for Policy Studies analysis.

Matthew Reisher, the CEO of legaladvice.com, sums up the situation this way:

“The demise of private pensions took root with the Federal Reserve’s excessive money printing of the 70s. This made fixed income revenue streams worthless. The 401k…was the final nail in the coffin for the pension plan. It is no coincidence that the 401k allowed Wall Street access to excess money that previously funded pensions but now could be speculated on equities, bonds, and other financial instruments.”

Taking Control of Your Financial Fate 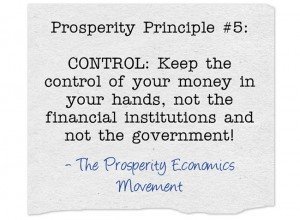 The 5th Principle of Prosperity is CONTROL; keeping the control of money in OUR hands!

While it might seem “nice” for employees if their employers and the government could provide ample guaranteed income, it has never been a sustainable solution. After all, we the taxpayers are the ones who fund “government” benefits, and company benefits are often paid for with ever-rising prices, also paid for by us!

Additionally, according to “The Rise of Fall of the American Pension,” pensions have been underfunded every since longevity increased following WWII. If we wish for unions, companies and the government to “take care of us,” we’re wishing for a reality that existed only for a brief moment in time.

The responsibility of saving for the future is ours alone. This may appear to be a burden, but it is actually an opportunity to determine our own financial destinies. Doesn’t it make more sense to guide and control your own financial fate? Rather than trusting that someone else is saving “enough” or investing safely, we can regain control of our individual economic fates by saving and investing in financial instruments that will not vanish with stock market losses or low interest rates.

Here are some ways to start designing your OWN Pension Plan:

Step One: Build Your Personal Savings and Emergency Funds

The best starting point is to increase the amount of money you save. Rather than spending as much as you earn or worse, depending on credit to bridge the gap between spending and earning, strengthen your savings habits. If you don’t feel you can save 10-20% of your income (we recommend 20%), take a good, honest look at your finances to find ways to earn more and/or spend less.

If you are employed at a firm that has a 401k plan but does not match you dollar for dollar, opt out, reclaim that cash, and build your savings and investments elsewhere. We recommend always saving outside of a 401(k), although there are good investing options with self-directed IRAs.

If you start saving, a traditional bank might not be the best steward of your money. From handing money over to creditors, the IRS, or government entities trying to earn extra money through civil forfeiture (not to mention the risk of larger bank failures that could quickly drain FDIC reserves), a bank is not a safe or private place to store cash. Credit unions have a much better track record than traditional banks for weathering economic downturns and can provide a safer haven for short-term savings.

When you have adequate savings equal to several months’ expenses, you’re ready to start long-term savings. A whole life insurance policy builds cash value over time, is much safer than banking institutions, and the long-term returns are historically much better than banks or credit unions can provide. Cash value grows tax-free while in the policy, and the legacy benefit grows as well.

Best yet, the cash value can be leveraged against as collateral for emergencies, opportunities, or for ANY reason. While this may appear similar to getting a regular bank loan using your house as collateral, there is a significant difference: You are putting the equity that you control to work for you, acting as your own banker, and there is no bank “approval” required. It is YOUR money and YOU are in control of it! 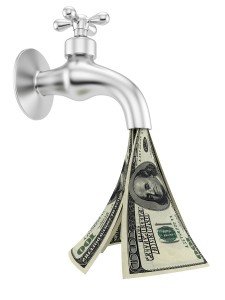 The fourth Principle of Prosperity is FLOW. One of the real problems with “typical” financial planning is that it focuses on accumulation, not cash flow! A million dollars in the stock market can be lost, and a million dollars in a bank savings account won’t generate enough interest to even buy groceries.

Instead of focusing on retirement, we strongly recommend people discover what they LOVE to do. Whether it’s writing novels, mentoring business start-ups, teaching skills to children, or something else, you can take control of your income for a lifetime by continuing to be productive in a way that provides income and gives you deep satisfaction as an added benefit.

To learn about all 7 Principles of Prosperity™ and explore “Prosperity Economics” further, including our solution for growth-oriented investments not correlated to ANY financial market, we recommend our book, Financial Planning has FAILED. You can receive a copy of this ebook as part of your Prosperity Accelerator Pack, compliments of Partners for Prosperity.