“A boy with one eye sees the world differently from everyone else.”
~ Michael Lewis, The Big Short: Inside the Doomsday Machine 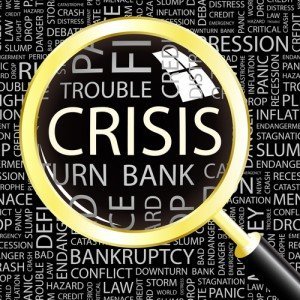 Ironically, Dr. Michael Burry, the neurologist in residency turned hedge fund manager with a glass eye (played by Christian Bale in The Big Short) was the first money manager with the vision to see the subprime mortgage meltdown coming.

Following up to last week’s review of The Big Short, we look back and examine what exactly caused the subprime crisis to see what lessons can be learned. This week, we include Michael Burry’s analysis of the past crisis given in a fascinating lecture to Vanderbilt University. In Part 2 next week, we’ll reflect on what has changed – for the better and worse – since the subprime mortgage debacle crashed the economy, and what Burry’s predictions for the next financial crisis.

Burry Vs. The Critics

During and immediately following the Subprime Crisis, Dr. Michael Burry received little acknowledgement for his surgically precise financial prediction. In the wake of his biggest winning trades, the research-obsessed money manager closed the Scion Capital fund following the investor mutiny that had erupted when most of his investors didn’t follow his contrarian logic. Like the rest of the world, Scion investors had been skeptical of his position against the housing market, and they didn’t appreciate their money being used to place such bold wagers – even when the bets were “a sure thing” in Burry’s mind.

On March 10 of 2010, Michael Lewis’s soon-to-be best-seller, The  Big Short, was released, which told the detailed story of the Burry and other stock market contrarians who saw that something was rotten on Wall Street. In short order, Burry’s status as an astute researcher and forecaster was cemented. 60 Minutes, Bloomberg, and other media called for interviews.

But not everyone was impressed. When Alan Greenspan claimed on Bloomberg TV that “everybody missed it – academia, the Federal Reserve, all regulators,” he was specifically questioned about the people featured in the book version of The Big Short who saw it all coming. Greenspan replied: “You have to ask yourself why would they make that judgment. The problem that you’re raising is a statistical illusion… In every crisis, you will always find a group of people after the fact who got it right.” Emphasizing that the “four or five” people who did see it coming (only immediately prior) were his friends, Greenspan proceeded to compare Burry and others who “got it right” to coin-tossers who just got lucky.

Michael responded publicly with an April 3, 2010 New York Times op-ed, “I Saw the Crisis Coming… Why Didn’t the Fed?” Referring to Greenspan’s assertion that “Everybody missed it,” Burry argued:

“But that is not how I remember it. Back in 2005 and 2006, I argued as forcefully as I could, in letters to clients of my investment firm, Scion Capital, that the mortgage market would melt down in the second half of 2007, causing substantial damage to the economy. My prediction was based on my research into the residential mortgage market and mortgage-backed securities. After studying the regulatory filings related to those securities, I waited for the lenders to offer the most risky mortgages conceivable to the least qualified buyers. I knew that would mark the beginning of the end of the housing bubble….

An Absence of Responsibility

Burry went on to name some of the specific causes and perpetrators of the crisis, from borrowers happy to commit fraud to obtain the dream home they can’t afford to leaders in Washington who ultimately delayed action and left themselves with “only one policy tool — the epic and unfair taxpayer-financed bailouts.”

In a compelling 2011 lecture for Vanderbilt University, Burry laments that no one has taken responsibility for the subprime financial crisis. He proceeds to name the multiple guilty parties and practices which created the crisis. He calls out Henry Paulson’s convenient change of role, from head of Goldman Sachs – which continued to sell toxic CDOs (collateralized debt obligations) to their clients even as the bank itself was betting against the CDOs itself – to the Treasury Secretary who helped preside over the bailout. Burry defends against the accusation that the money managers who saw it coming were somehow the cause of it.

So What DID Cause the Financial Crisis? (A Summary) 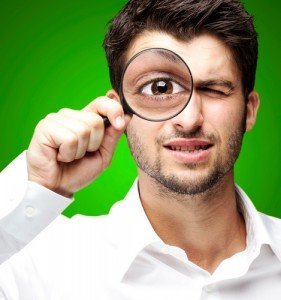 According to Burry and Michael Lewis’s The Big Short, some of the trends, institutions and events that contributed to the collapse include:

Deregulation which authorized the securitization of mortgages. This practice incentivized mortgage brokerages to originate as many mortgages as possible, then sell them off to Wall Street. Banks and brokerages were paid up front for creating loans while being temporarily insulated from the aftermath of failed loans.

Second-lien purchase mortgages that allowed borrowers to escape both mortgage insurance and a down payment.

The loosening of credit standards that allowed borrowers with poor credit, few assets, and/or no verified income to buy homes they would not be able to sustain.

Public policy and presidential speeches which created a demand for home ownership even among those who would not ordinarily qualify for mortgages.  Just prior to the subprime crisis, the home ownership rate climbed to 69%. Unfortunately, 69% of U.S. citizens could not afford houses. (In 2015, the rate was hovering between 63% and 64%, the lowest rate of home ownership in over 20 years, according to U.S. census figures and a comparatively more sustainable figure than 69%.)

Borrowers who took out mortgages they could not afford, buying the biggest house they could on interest-only and deferred interest loans, turning a blind eye to future rate increases.

Mortgage fraud as high as 90%. “No income verification, no asset verification” loans invited both lenders and borrowers to falsify information to obtain loan approval.

Mortgage brokers and banks who focused on approving buyers for mortgages without regard to whether or not they would be able to afford the loans beyond the “teaser rate.”

The expansion of speculators into housing markets. Fueled by easy-lending standards for investors, speculators helped drive up housing prices in certain markets.

The failure of rating agencies to actually research and rate the safety of mortgage securities, and their unwillingness to act once the problem was apparent.

The Federal Reserve’s unwillingness to stop lending that could jeopardize the economy (even though they had the right to do so).

Rampant cash-out re-financing that made homes “ATMs” for consumers who wished to purchase what they could not afford.

A derivatives market which multiplied the amount of money at risk beyond the value of the underlying assets. At the peak, the derivatives market represented $60 TRILLION dollars – a figure roughly equal to the gross domestic product of the world!

The repeal of the Depression-era Glass-Steagall Act, which separated commercial banks from Wall Street risks after such activities caused widespread bank failure in the early 1930’s.

Wall Street’s ability to conceal the financial sickness that lay beneath until some of the key corporations (such as Goldman Sachs) had purchased credit default swaps to be on the “winning” side of the economic crash.

(These are not the sole causes of the crash, but they are generally acknowledged as major factors.)

Has anything changed? Next week in Part 2 of “Michael Burry on the Last–and Next–Financial Crisis,” we’ll begin this question. We’ll explore how we are better off now, as well as some of the ways that we are positioned for more economic pain.

We believe there are better ways to build wealth than speculating on a volatile stock market! We call it “Prosperity Economics,” and you can find out more by downloading our complimentary Prosperity Accelerator Pack.

To find out more, listen to The Prosperity Podcast, or contact us directly.