13 Reasons Why Your 401(k) Is Your Riskiest Investment 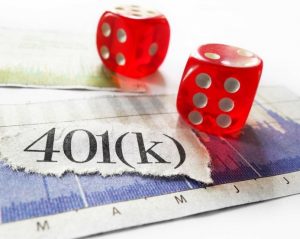 The 401(k) is often considered the no-brainer, gold standard of retirement plans. But far from being a bedrock retirement plan, the 401(k) started as an experiment in 1981 and still has to prove itself.

Those who decided to be a 401(k) lab rat in the first test group are just starting to get back their results. After 30-plus years of faithfully funding their new retirement plan, it’s time to retire. As you’ll see, the last 15 years have not been kind to them, but that should have been no surprise. The supposedly dependable 401(k) is not your best choice for retirement. Not by a long shot.

I’ve worked with hundreds of professionals. Most of them diligently saved in a 401(k), but once I explain the risks, they’re eager for alternatives. Here are 13 dangers of a 401(k) for you to consider.

1. You can be wiped out overnight.

A report on CBS’s 60 Minutes TV show asked of 401(k)s, “What kind of retirement plan allows millions of people to lose 30-50 percent of their life savings just as they near retirement?”

Unlike other investments that are protected from losses, your 401(k) rises and falls with the stock market where you have absolutely no control. Retirement planners will tell you the market averages 8-11 percent returns per year. That may have been true last century, but this century has seen that turned into a fiction. From 2000 to 2015, the market was up just 8.4 percent total when adjusted for inflation, or 0.56 percent per year, and that was after a substantial market rally.

Do you want to live your ideal life only if the market cooperates?

2. Administrative fees and the tyranny of compounding costs. 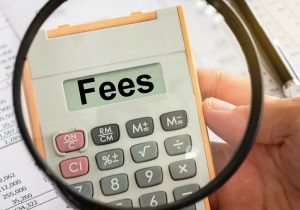 The toll taken by 401(k) and associated mutual fund fees is staggering and can eat up more than half your gains. With 401(k)s, there are usually more than a dozen undisclosed fees: legal fees, trustee fees, transaction fees, stewardship fees, bookkeeping fees, finder fees and more.

But that’s just the beginning. The mutual funds inside 401(k)s often take a 2 percent fee off the top. If a fund is up 7 percent for the year, they take 2 percent and you get 5 percent. It sounds like you’re getting more, right? At first, yes, but in the end the mutual fund wins.

As Jack Bogle, the founder of Vanguard explains it, “What happens in the fund business is the magic of compound returns is overwhelmed by the tyranny of compound costs.”

If you contribute $5,000 per year, from 25 years old to 65, and the fund goes up 7 percent every year, your money would turn into around $1,143,000. Yet, you’d only get to keep $669,400, or less than 60 percent. That’s because 7 percent compounding returns hundreds of thousands more than a 5 percent compounding return, and none of it goes to you. The 2 percent fee cuts the return exponentially. In the example above, by the time you turn 75 the mutual fund may have taken two-thirds of your gains.

The theory behind 401(k)s is you keep putting money away, where you can’t easily touch it without penalty for 30 years, and it will compound into enough to retire on. We’ve  seen why you should be suspicious of that story. Compounding charts don’t look the same at 0.56 percent annual returns.

But here’s the other problem. Money left to compound unpredictably for 30 years is stagnant money.There’s no cash flow ready to direct to today’s best uses. Instead, it’s sitting still inside one 30-year bet, while newer, better opportunities may be passing you by.

4. Lack of liquidity when you need it most.

Money in a 401(k) is tied up with penalties for early withdrawal unless you know how to safely navigate obscure IRS codes. This means you can’t spend or invest your money to enrich your life without great difficulty and/or taking a big financial hit. The only exception allows you to borrow a limited amount of money from your 401(k) if you promise to pay it back.

This automatically leads to double taxation and a slew of other negatives, the worst being if you lose your job or your income dries up, the deal changes and you must repay the loan within 60 days. Not even break-your-thumb loan sharks are that cruel.

With 401(k)s, I’ve seen environmentalists who are unknowingly invested in big oil, and anti-smoking advocates invested in big tobacco. Simply put, 401(k)s teach people to be unconscious while investing.

Probably not, How can you expect to gain a return from something that you know so little about? And how can this be called investing? It’s not investing, it’s gambling.

6. Fear of taxes leads to underutilization. 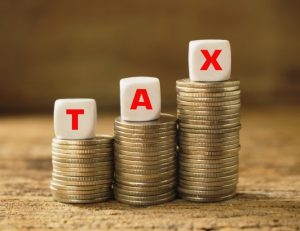 401(k)s are tax-deferred, meaning you avoid paying taxes today by committing to paying them later. But taxes are historically low compared to the days of 50, 60, or even 90 percent marginal rates of the past and chances are, with a record national debt, that taxes are going up. If you don’t like paying taxes today, why would you want to pay more taxes in the future?

The tax deferral aspect of the 401(k), which is touted as a great boon, is actually a primary factor contributing to its underutilization. When the time finally comes to enjoy or live off the money, retirees are incentivized to let the money sit for fear of triggering burdensome tax consequences.

Early withdrawal penalties, over-the-top borrowing rules, daunting taxes, these are all incentives never to touch the money, ever. Getting into a 401(k) seems simple enough. But how are you going to get your money out of it?

Frankly, 401(k)s are sitting ducks for predatory estate taxes. Since there’s no clear exit strategy without major penalties or taxes,  at the end of a person’s lifetime their 401(k)s often end up being a pile of cash that looks very tempting to the government. When it is passed on to the next generation, it’s likely not only hit by the income tax, but the estate tax as well. 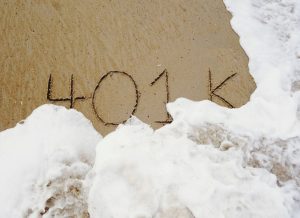 You may be surprised to learn this, but your 401(k) does not even technically belong to you. Read the fine print and you will find “FBO” (For Benefit Of). The tax code makes it technically owned by the government but provided for your benefit.

Judging from world history, 401(k)s could be in great jeopardy. Other countries have raided private retirement plans to fund the government. Argentina did it in 2008, Hungary did it in 2010 and Ireland in 2011. Similar pension raids occurred in Poland and France.

Could it happen in America? Well, during the last recession, Congress invited an expert to give testimony on confiscating 401(k)s and turning them into a public retirement plan like Social Security. It only takes one economic crisis before you retire for possible rule changes or confiscation of your 401(k).

When it comes time to withdraw money in retirement, maybe you can stomach the taxes, but can you stomach the market swings? Suppose you’ve projected to withdraw 6 percent a year, based on an average annual return of 8 percent. What will you do when the market is volatile?

If your fund is down 10 percent one year, any withdrawal is tapping into your principal. At that point, your only choices are to start withdrawing principal or leave the money alone until your account is up again. Try sleeping at night when your income is at the complete mercy of the markets.

12. Lost without a comprehensive plan.

I’ve witnessed many people whose finances are in shambles, yet who continue to contribute diligently to their 401(k) plans. It’s like someone with a slit wrist tending to a scraped knee.

You need a macroeconomic, big-picture plan that identifies, prioritizes and manages all pieces of your financial puzzle in harmony with each other. You don’t need a general, one-size-fits-all plan that’s sold to everyone.

13. Neglect of stewardship and responsibility. 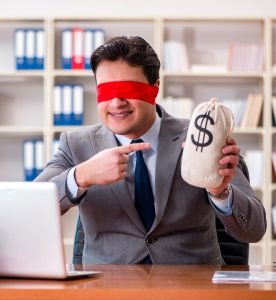 401(k) plans encourage people to give up responsibility for their investment decisions. They believe they can just throw enough money at the “experts” and, somehow, 30 years later, they’ll end up with a lot of money. Then when things don’t turn out that way, they blame others. A true financial plan requires stewardship and responsibility.

In short, saving for retirement is wise and prudent. But other investment philosophies, products, and strategies can meet your financial objectives much more quickly and safely than a 401(k). Investing for cash flow, or investing directly in a business, or Cash Flow Banking, where you become your own “bank,” could be smarter moves. Even paying off a high-interest rate loan can be a smarter move than contributing to your 401(k).

Whatever you choose, I urge you to do it as a conscious investor. I suggest that you don’t swallow Wall Street’s promises blindly, and look to those who tell the whole truth about your financial options.

By Garrett Gunderson, author of the New York Times best-seller, Killing Sacred Cows: Overcoming the Financial Myths that are Destroying Your Prosperity. Garrett is our friend, colleague, and a financial strategist for entrepreneurs. Originally published in Entrepreneur.com, this article is reprinted with permission.

Want to understand your 401(k) better? We highly recommend our own Kim Butler’s Busting the Retirement Lies. It combines inspirational role models who show the way to reinventing retirement, plus she crunches numbers that demonstrate why your 401(k) isn’t growing like you thought it would.