Roth Vs Traditional 401k’s and IRAs: Should you Convert? 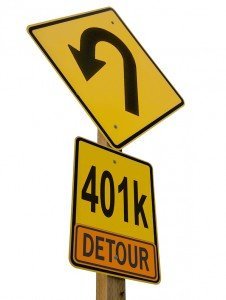 Although you won’t find it yet in Webster or Dictionary.com, “Rothify” is a word you’ll be hearing more of in 2013. According to the Plan Sponsor Council of America, , the Roth 401k option was already offered by nearly half of employers in 2011. Thanks to the Fiscal Cliff and the New Year’s Day Tax Deal, the Fiscal Cliff, that number is expected to increase substantially, as Americans can now convert their 401k’s to Roth 401k’s.

The Changing Landscape of Retirement Plans

Twenty years ago, the pre-tax/after-tax discussion didn’t exist because all qualified retirement plans were configured in pre-tax formats: Deposits, up to specified limits, were exempt from immediate taxation, and allowed to accumulate tax-free.  At distribution (typically after age 59½), any withdrawals would be taxed as regular income.

The logic for pre-tax saving seemed simple: Because it was assumed one’s retirement income would be less than when working, distributions would be taxed at a lower rate. But the tax savings were also a way to get employees on board with a long-term shift from company-sponsored pension plans to largely self-funded 401k’s.

Recognizing this higher-tax-in-retirement scenario might discourage retirement saving, Congress established Roth IRA accounts in 1998.  Named after William Roth, the U.S. Senator from Delaware who introduced the bill, deposits in a Roth account are made with after-tax dollars, and, similar to IRAs, allowed to accumulate tax-free.  The big difference: distributions are also free from income tax in Roths, as long as the funds have been in the account for five years, and the account holder is over 59½.

While initially limited to only $2,000 per year and subject to qualifying income limitations, the rules around Roth IRA’s have expanded significantly, with Congress allowing conversion of traditional IRA to a Roth (even deferring some of the taxes on converted funds to the following year) beginning in 2010.

Should You Rothify Your 401k or IRA? (Are Taxes Going Up?)

The advantage of rothifying your 401k (or IRA, 403b…) is clear: you won’t pay taxes on the investments when you cash them in, provided that you are at least 59 1/2. The disadvantage is equally simple: you will have to count any funds converted from a traditional to Roth 401k as income, and pay income taxes on the funds. Convert enough funds, and you could even bump yourself into another tax bracket.

When considering who should convert their 401k’s, the answer seems obvious: “A Roth conversion makes sense if you expect your tax rate to be the same or higher in retirement,” as Ashlea Ebeling states in a January 2, 2013 Forbes.com article.  If tax rates remained the same, you’d pay the same for either plan, at least in theory, as shown in Figure 1: 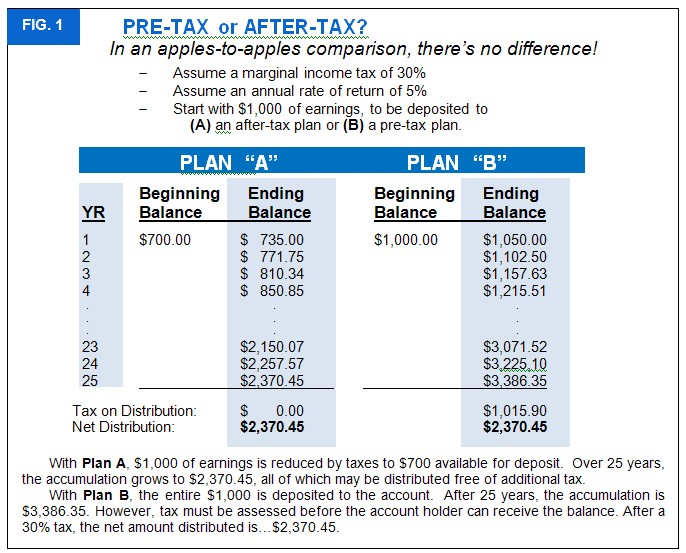 But the “if” in “if tax rates remain the same” is a very big IF that takes a good deal of denial as well as historical ignorance to believe. (Past tax rates are no guarantee of future tax rates, but even if they were, you’d best watch out.)

When income tax began in the U.S. 100 years ago, the tax rate was only 1% for nearly all citizens, with an additional 6% tax for the few Americans with incomes over $500,000. By the height of the Great Depression, the top marginal tax rate was 63%, climbing to a whopping 94% by 1945, during World War II. The highest marginal rax rate remained at 70% or higher until Reagan’s cuts decades later, and have only barely been below the current top marginal tax rate of $39.6%.

As much as we all may feel like we are being taxed to death, from a historical perspective, it simply isn’t true. The chart below shows trends in both the highest and lowest tax brackets since 1913: 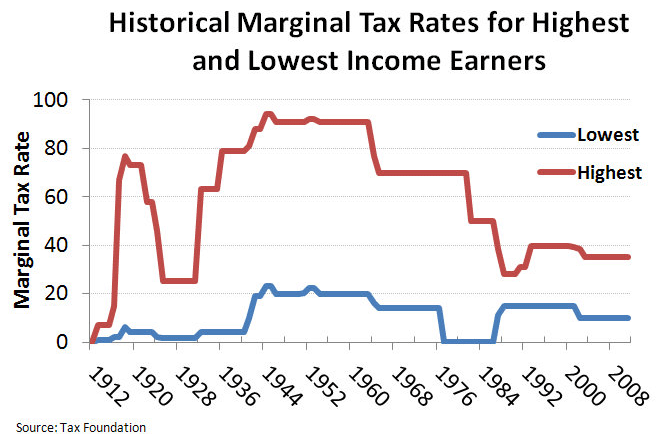 We think the writing on the wall is clear – the growing federal deficit, a history of higher taxes, and the willingness of Congress to find new sources of taxpayer income (such as allowing IRA’s and now 401k’s to be converted to Roths) all point in one direction: UP.

Some earners anticipate being in a lower tax bracket in retirement, though we don’t recommend “planning” to earn a lesser income. Why not anticipate new opportunities and prosperous investments instead? Many of today’s entrepreneurs started their businesses past the age of 50, beginning new ventures that will provide them with income and fulfillment long past the typical age of retirement.

Even so, you also must consider that your tax deductions may be going down. Lifestyle patterns of successful savers often mean that tax deductions taken during their working years (for dependents, mortgage interest, etc.) are no longer available in retirement. The house is paid for, the kids have moved out. Congratulations; more of your income is now taxable.

It is also sobering to realize that middle class tax rates have often historically been higher than even today’s top marginal rate. Bumping down into a lower tax bracket when taxes are rising may provide no relief. Nevertheless, predictions of rising taxes are only one excellent reason to rothify your 401k.

What Are You Doing with Today’s Tax Break? (Are You Saving EXTRA for Tomorrow’s Taxes?)

A traditional 401k may also be setting you up for saving failure psychologically and behaviorally. Why? Because it “looks like” you have more money in your qualified retirement account than you really do. In other words, you can’t spend everything you see, you only have access to the reduced future after tax amount (which could be much less than you imagine). Investments as well as objects can appear larger in the current smoke-and-mirrors economy, and your 401k statements can offer a false sense of security that you’re saving “enough” – when you’re not.

Viewed another way, you’re not likely to invest the tax savings you may enjoy now. The IRS takes money from each paycheck for a reason; otherwise, the money is likely to be spent. Taxes saved today won’t help you pay those taxes in the future because they will have been converted into a vacation, a laptop, a car or an extra latte a day. So in practical terms, a tax break today is more likely to translate into more spendable income, but not necessarily future savings.

Even if taxes did not go up… even if you were disciplined to invest your tax savings now… we still believe it is more prudent to pay taxes on the SEED, rather than the HARVEST. As the Wealthfront blog  puts it, “A Roth 401(k) enables you to pay a small tax bill upfront in exchange for what is almost undoubtedly a larger tax bill later.”

Inflation will take a big enough bite out of your savings, you don’t need to add “taxes of an undetermined amount” to that equation. Reduce your financial stress by knowing that what you have “saved” is actually “safe” from the taxman.

Should You Contribute New Money to a Roth 401k or Roth IRA?

Although each person should receive specific advice for their situation and have a professional “run the numbers,” we believe that rothifying an account is often an excellent way to avoid future taxes when you can least afford them. But the question of where to save additional dollars is an important one.

Does your employer match funds? After considering fees, and limitations on where and how money can be invested, many investors decide that a Roth IRA or 401k is not worth the restrictions unless there is a significant employer match. At Partners for Prosperity, Inc., we don’t recommend saving in a Roth account beyond the match.

Is your Roth account safe? Making your savings safe from taxes is a good step, but consider how your accounts will fare in a repeat of the 2008-2009 stock market crash. We don’t recommend mutual funds as a safe place for your savings, but some 401k’s and IRAs allow for better options. Likewise, even traditionally “safe” harbors such as bank CD’s may not be as safe as once imagined, as we explored last week in “How Safe is Your Money? FCIC Insurance and Fractional Reserve Banking.”

Have you considered other tax-free accumulation alternatives? Many municipal debt instruments issued by local and state governments have tax-favored benefits in regard to interest payments.  Life insurance cash values allow for inside buildup without tax and can often be withdrawn or borrowed against on a tax-free basis. When shares of stock and real estate holdings appreciate, the growth is tax-free, with a capital gains tax due only upon the sale of the asset.

These alternative products have unique benefits as well as limitations, so expert assistance is recommended. But, depending on your individual circumstances, non-qualified accumulation instruments can complement or surpass qualified retirement plans as vehicles for tax-favored accumulation.

Is it time to Rothify your accounts? In most cases, the sooner you start accumulating on a tax-favored basis, the better. Still, you must have a strategy for absorbing the tax hit, and may not wish to rothify all of your accounts at once. Here at Partners for Prosperity, Inc., we have software that can help you determine what impact converting to a Roth would have on your accounts, and help you evaluate what makes sense for you.